I’ve spent a lot of time this spring skiing a number of ~115mm-underfoot, tip-tapered pow skis with relatively similar shapes: the Moment Governor, the Rossignol Squad 7, the Praxis GPO, the DOWN Skis Countdown 2, and the Dynastar Cham 117. I’ve been biding my time, waiting for storms, making sure I got good time on each of these pow skis in actual pow (still a novel idea in the review world), and I’m finally able to start rolling out these reviews…

For the 14/15 season, Dynastar has created the Cham 117 to occupy the rather glaring gap between the Cham 107 and the Cham 127. And like the currently available Cham HM (High Mountain) series, there is no metal in this new ski.

In positioning the Cham 117, Dynastar has emphasized that this “Cham 2.0” design is “more versatile, more user-friendly, more accessible to a broader demographic than Dynastar is known for.”

But then when talking about the two lengths that the Cham 117 will be available in—190cm and 180cm—they say that the “190 is for the big, hard charger,” and while the 180 is for “the guy who is a little smaller, or even for more aggressive ladies.”

Given that we are reviewing the 190, the question I had was, Which is it? Is this really a ski that is able to “charge hard,” or is the primary story here the Cham 117’s “user-friendliness and accessibility?” And how does this Cham 117 stack up against all of these other skis in its class?

The very tips of the Cham 117 have a medium flex. It’s not too disimilar to that of the Moment Governor, but the Cham 117’s shovels then go quite soft—softer than the Governor’s, and softer even than the not-stiff-enough shovels of the current Rossignol Squad 7.

Underfoot, the Cham 117s do get quite stiff, then soften up a touch through the tail. On snow, I didn’t find the tails to be punishing, however, and the pretty flat tail of the Cham 117 did make the ski feel like it had a pretty big sweet spot to stand on; I didn’t feel like I was on a rocking horse getting knocked forward and back.

What the Cham 117 is quite good at is floating. These skis plane very nicely, as they should, given their soft-flexing, rather massive shovels.

The factory “0” mount point on the Cham 117 feels pretty far forward, but I never experienced tip dive in deep sections off of Taos’ Kachina Peak or Alta’s Eagle’s Nest. Floating in deep, consistent snow shouldn’t be an issue; those big, fat, shovels want to plane.

In perfect, late-February snow off of Kachina Peak, I had my most fun laps on the Cham 117s. The combination of good snow and non-bumped-up, mogul-free terrain is where these skis felt most at home.

The snow doesn’t have to be deep for these to work, by the way. Even just an inch or two of relatively consistent snow is fine for the Cham 117s, and they continue to do well in deep snow and in open spaces.

In deep pow in narrow chutes or tight trees, it takes a confident pilot to ski these—you can’t just smear your way through it all. While not brutally stiff, the Cham 117’s flatter tails mean you need to work some to get the skis to release and turn. I noticed this in some tight chokes with deep snow in Taos’ Werner Chute on March 8. While the Cham 117s feels light for a ski this wide and this long, it does not ski short, and its flat tails in 1-2 feet of deep untracked pow and pushed around piles of pow didn’t do me any favors in tight quarters.

Having said that, with just a bit more room to operate, if you are keeping things moving down the fall line rather than having to make turns perpendicular to the fall line, the tails won’t be an issue, and this ski will work well.

The most significant thing in comparing the flex patterns of the Governor and the Cham is that, while the initial flex of the two skis’ shovels don’t feel all that different, after you have initially bent the Governor’s shovels, they progressively stiffen up. With the shovel of the Cham 117, the flex is also soft initially, but it remains soft once you’ve pushed deeper into the flex pattern.

On snow, I believe this is a big reason why the Governor can be pushed much harder in variable snow and bumped-up terrain than the Cham 117. The Governor hits something and the shovels absorb in a forgiving way initially, but then the ski feels (and actually becomes) more substantial. The forebody of the Cham 117, however,  gives way, and just continues to give way. The shovels are the shovels of a big, soft, relatively lightweight pow ski with a tapered tip, which is not optimal for variable conditions or bumped-up terrain at speed. As noted above, the pretty flat tail of the Cham 117 did help make the ski feel like it had a pretty big sweet spot to stand on, fore and aft, in soft, smooth and consistent snow. But in deep chop and bumped-up terrain, those shovels can be prone to deflection.

If someone is purchasing a 190cm, 117mm-underfoot ski with a flat tail and a huge, wide shovel, I’m guessing that he or she isn’t small. Is it safe to assume that this skier will weigh at least 175+ lbs., and be a strong skier? It’s actually probably safe to assume that the skier will weigh 190+ lbs, or 220+ lbs., etc. So that has me wondering, why make the shovels of the Cham 117 so soft?

I will wager that the tip rocker on these skis would still help them turn easily and plane well, even if Dynastar stiffened up the flex of the shovels. Doing so would make these decidedly easy-turning, floaty skis more substantial at higher speeds on more variable terrain and snow conditions (the kind of skiing a “big, hard charger” might look to do). And for the record, this is the same criticism I have of the current Rossignol Squad 7. The shovels are simply too damn soft, and it’s making some really nice skis ski less nice than they could.

Two days ago at Alta, we had about 4” of new snow on top of some pretty firm bumps, and it was snowing on and off throughout the day. Especially in the Eagle’s Nest area, there were spots where the 4” had been pushed into some pretty deep mounds of pow.

All things considered, I thought the Cham 117s handled the fresh pow on top of firm bumps pretty well. The tips would deflect pretty easily, and though this wasn’t difficult to manage, I still was never willing to open the Cham up like I would have—comfortably—on the Moment Governor.

The Cham 117s have been remarkably underwhelming on groomers so far. Especially when a ski doesn’t have tail rocker, I want it to be great on groomers. But the Cham 117 has been difficult to get up on edge, and pretty unwilling to hold an edge and track.

I’ve been skiing a couple of skis lately with pretty similar shapes to the Cham 117, the Moment Governor and the Rossi Squad 7, and both are much more fun on groomers as they hold an edge better and are less scary at high speeds.

If you’re looking for a fat ski to handle deep snow, and you tend to just ski bases flat on groomers back to the chair lift, then the Cham 117s will be totally fine. Or if you’ll only be taking these into the backcountry (where you’re more likely to encounter fresh, smooth conditions), then fine. But if carving performance really matters to you, there are far better options out there. 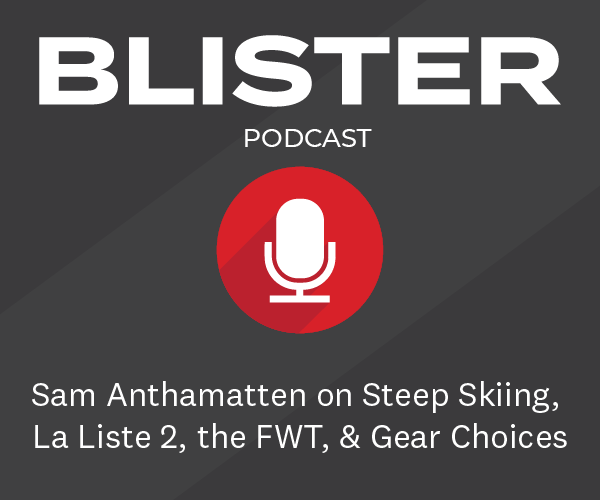