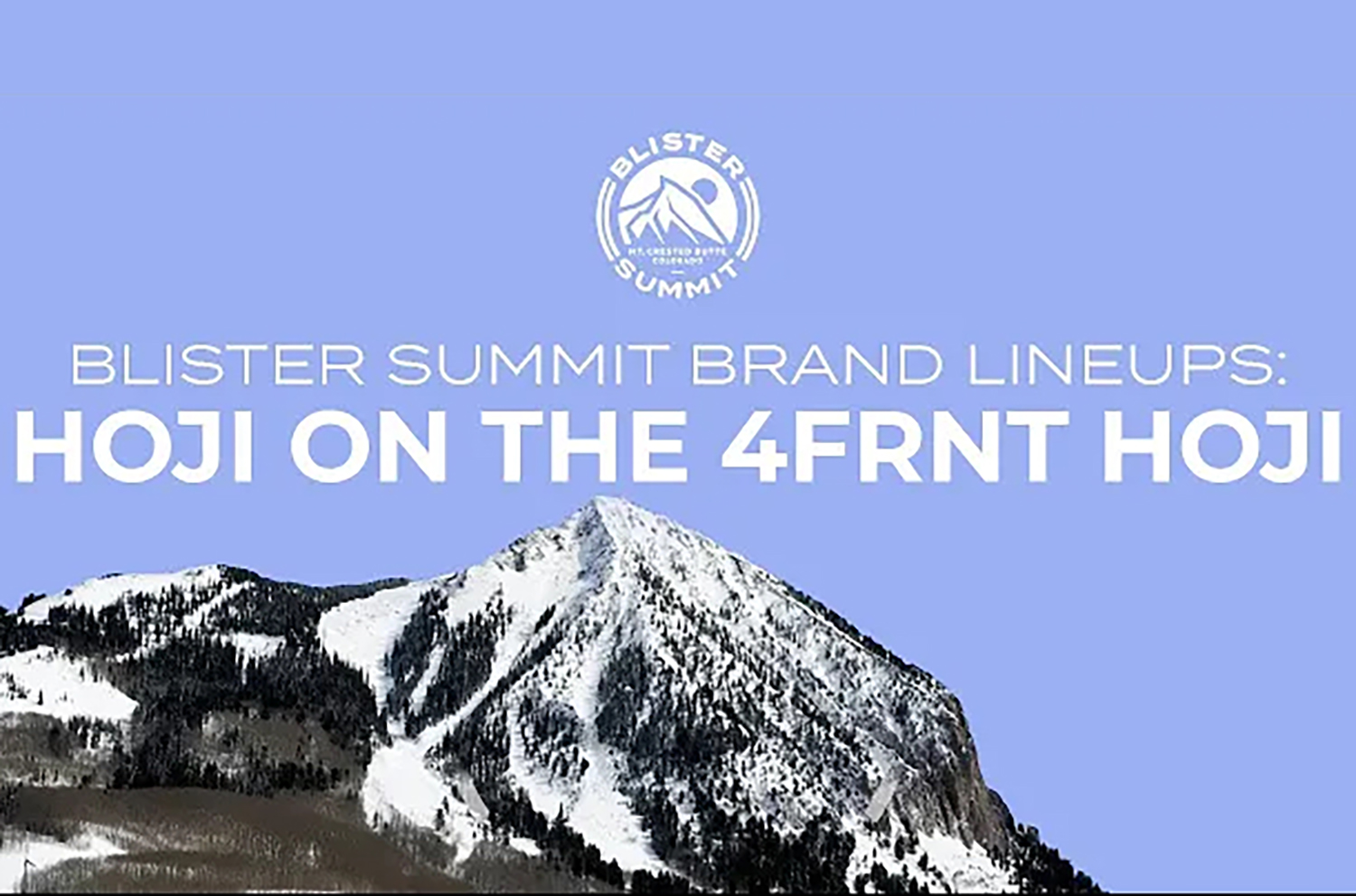 We talk to Eric Hjorleifson about the development process and the updates to his namesake ski, the 21/22 4FRNT Hoji. 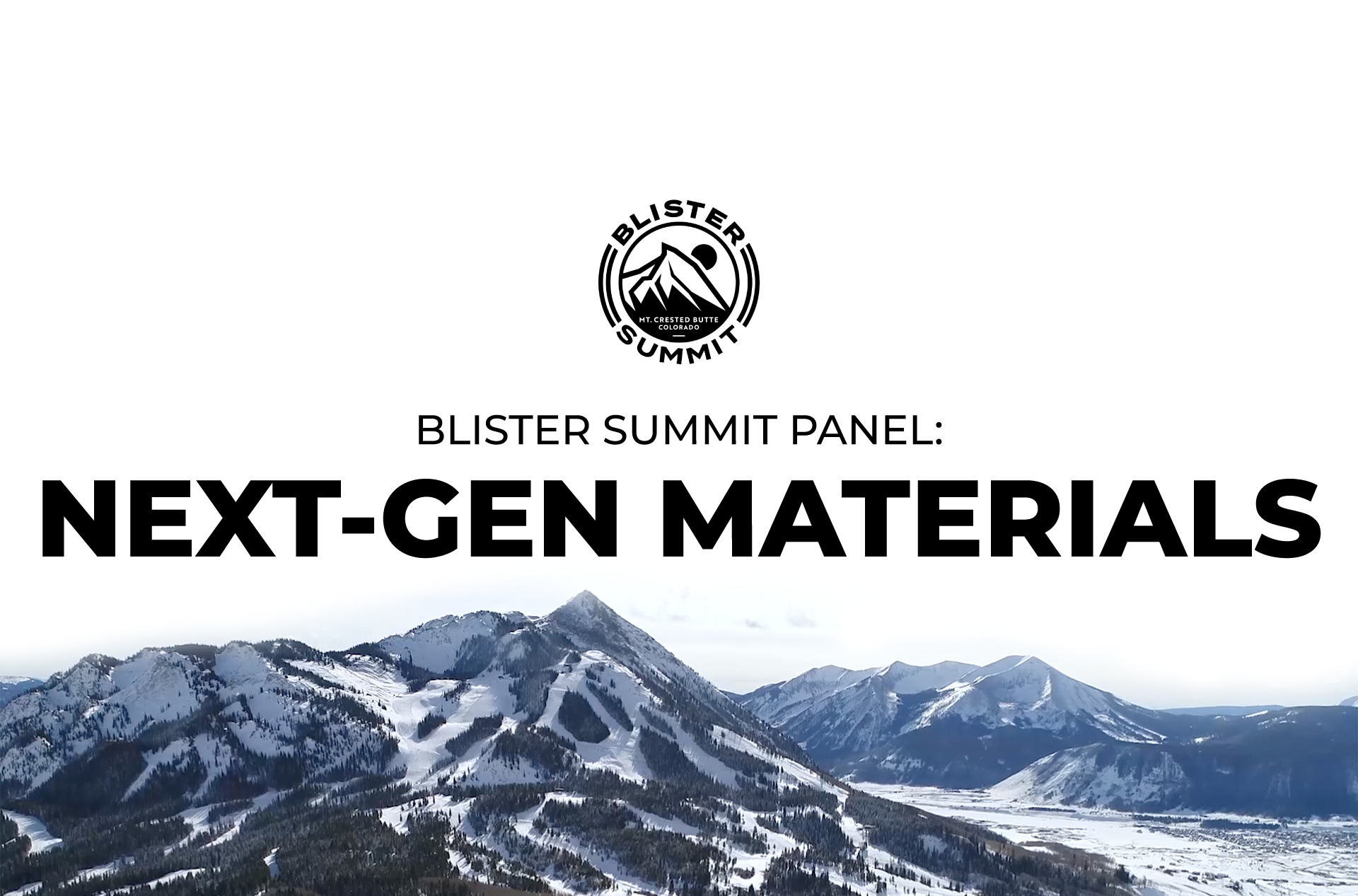 We talk with the founders of MountainFlow Eco-Wax (Peter Arlein); Checkerspot (Charlie Dimmler); and Flylow (Dan Abrams) about the challenges and opportunities of working with new materials; performance vs. sustainability; greenwashing; “Flylower”; the most promising new materials; & more. 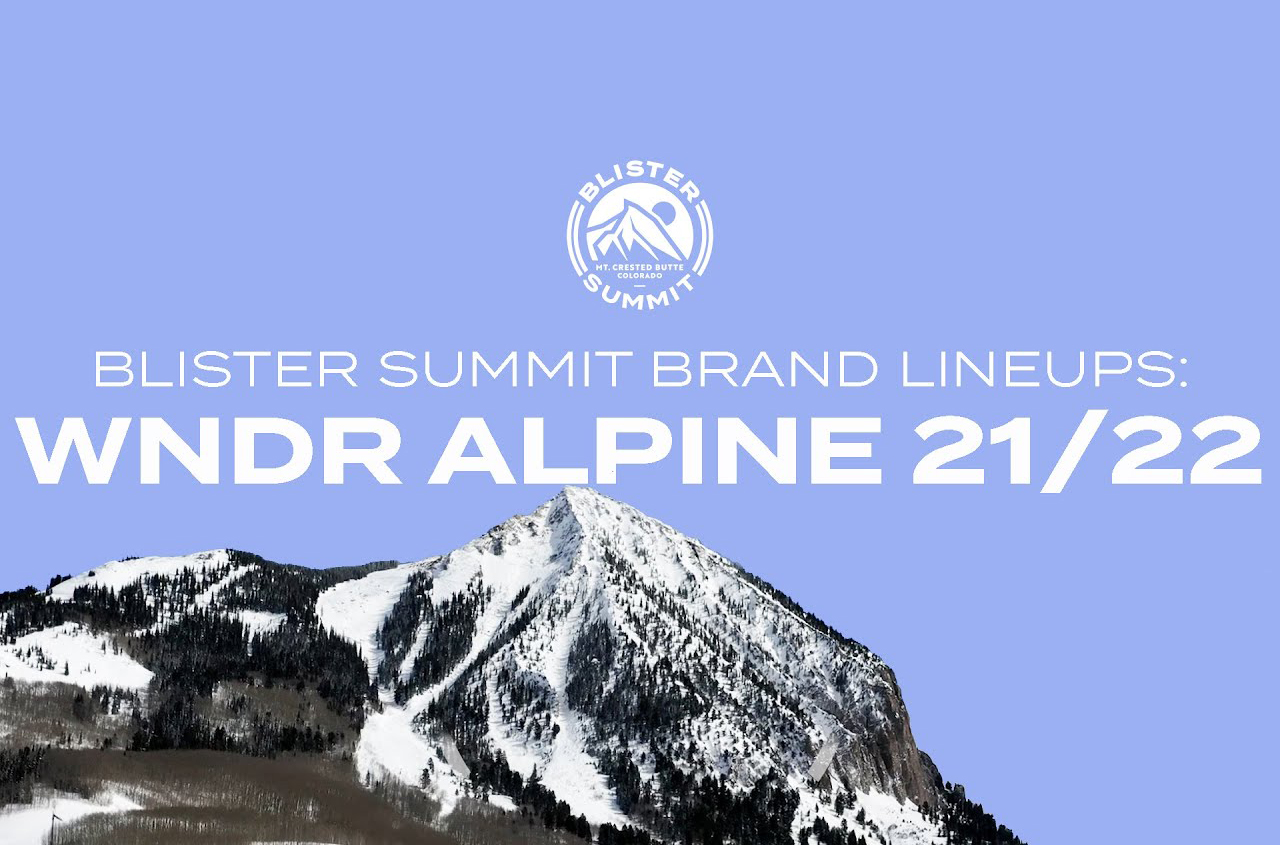 We talk with WNDR Alpine’s Matt Sterbenz about tea; ski shapes & design philosophy; their new Vital 100; Rambo & choppin’ broccoli; working with other brands; and being the first B-Corp ski brand. 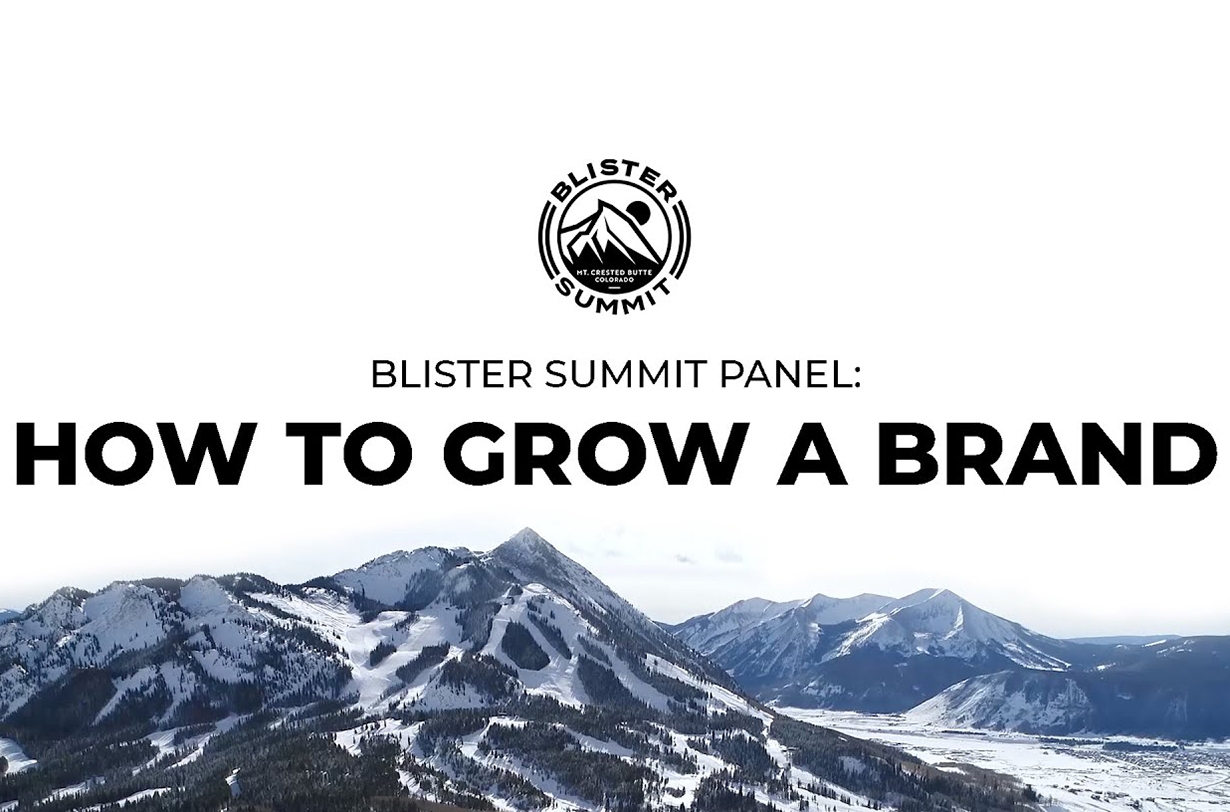 The founders of Black Crows (Camille Jaccoux), Flylow (Dan Abrams), Icelantic (Ben Anderson), and WNDR Alpine (Matt Sterbenz) share their experiences and offer their advice on how to start — and continue to grow — a brand in the outdoor industry. 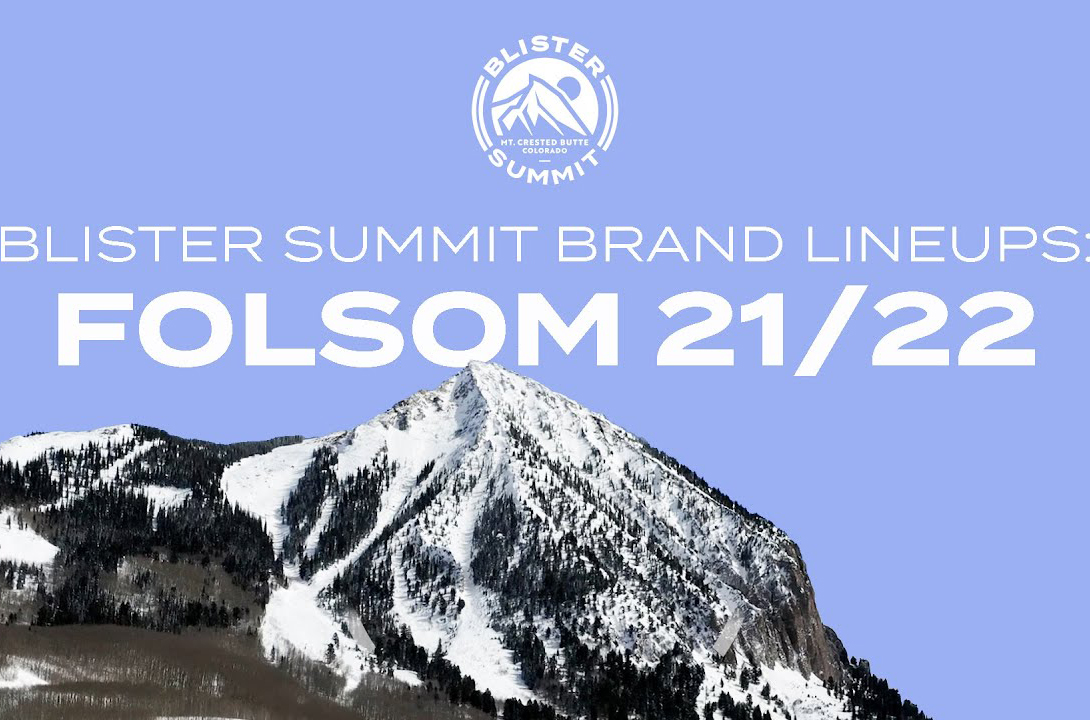 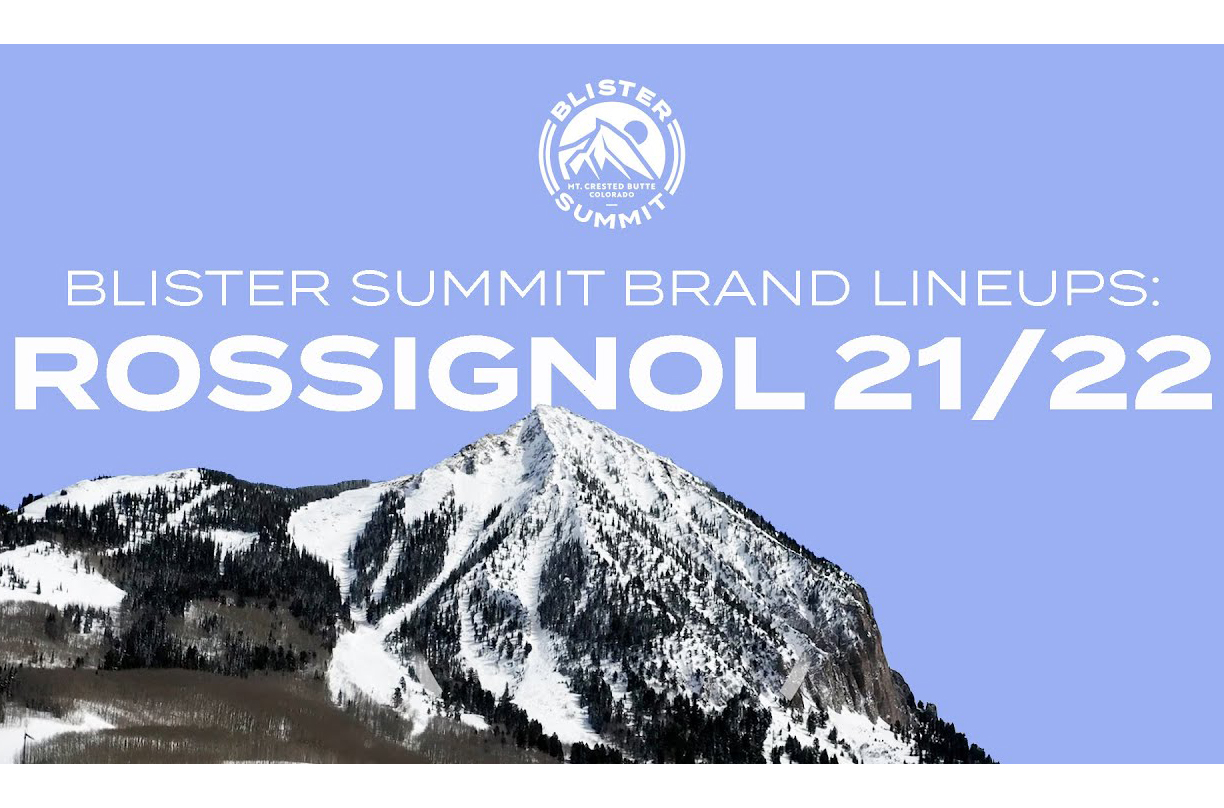 At the Blister Summit, we dove deep into Rossignol’s 21/22 ski lineup, with Rossi’s alpine category manager, Jake Stevens. We discussed the decision to kill the “7 Series” and the Soul 7; what they are going for with their Black Ops series that replaces it; why “-ish” is a very important suffix for Rossignol; and more. 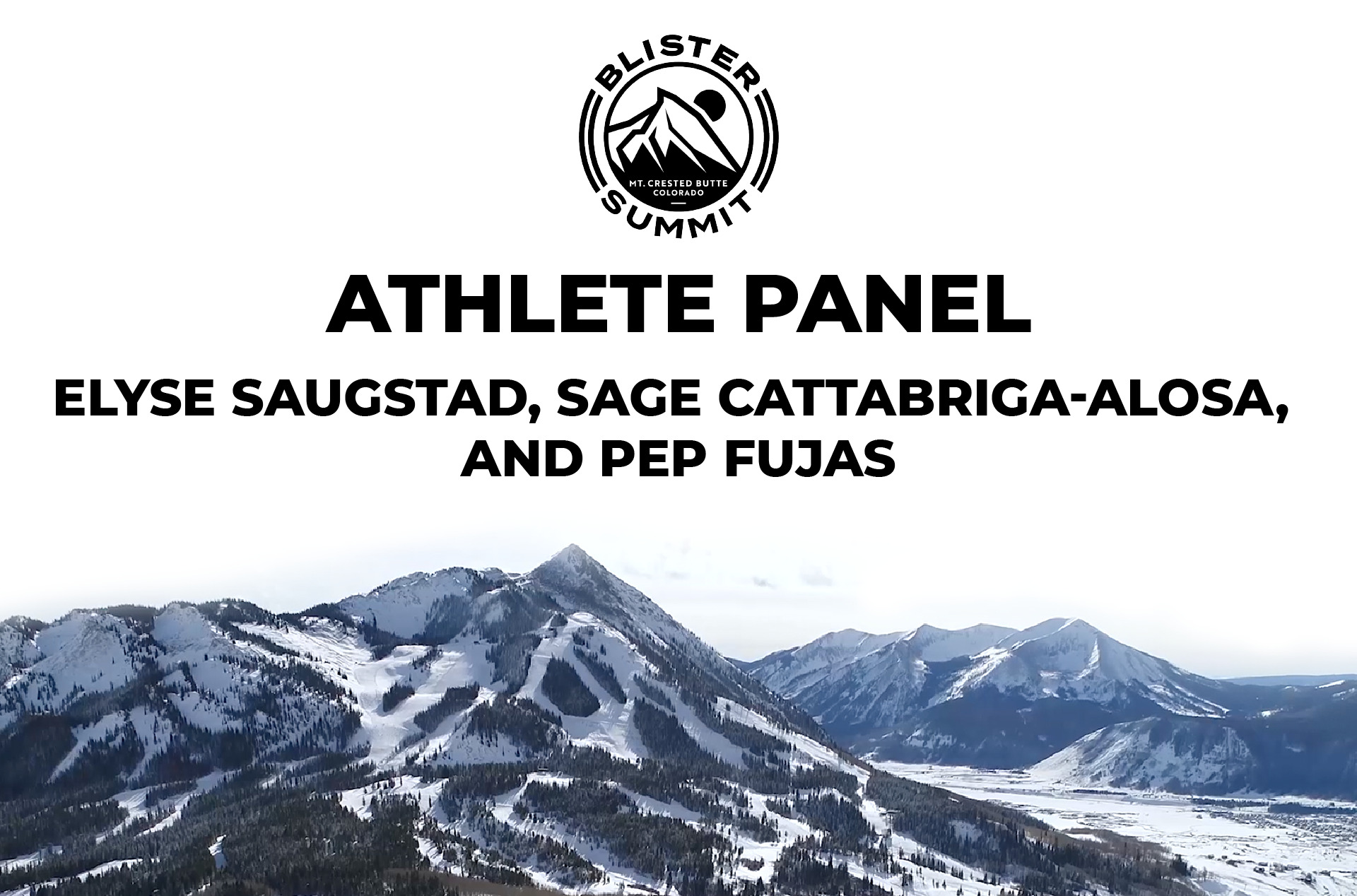 At our Blister Summit, we talked to Elyse Saugstad, Sage Cattabriga-Alosa, and Pep Fujas about this unusual ski season; the evolution of the ski industry; their best advice to aspiring pros; thoughts on ski gear; and more. 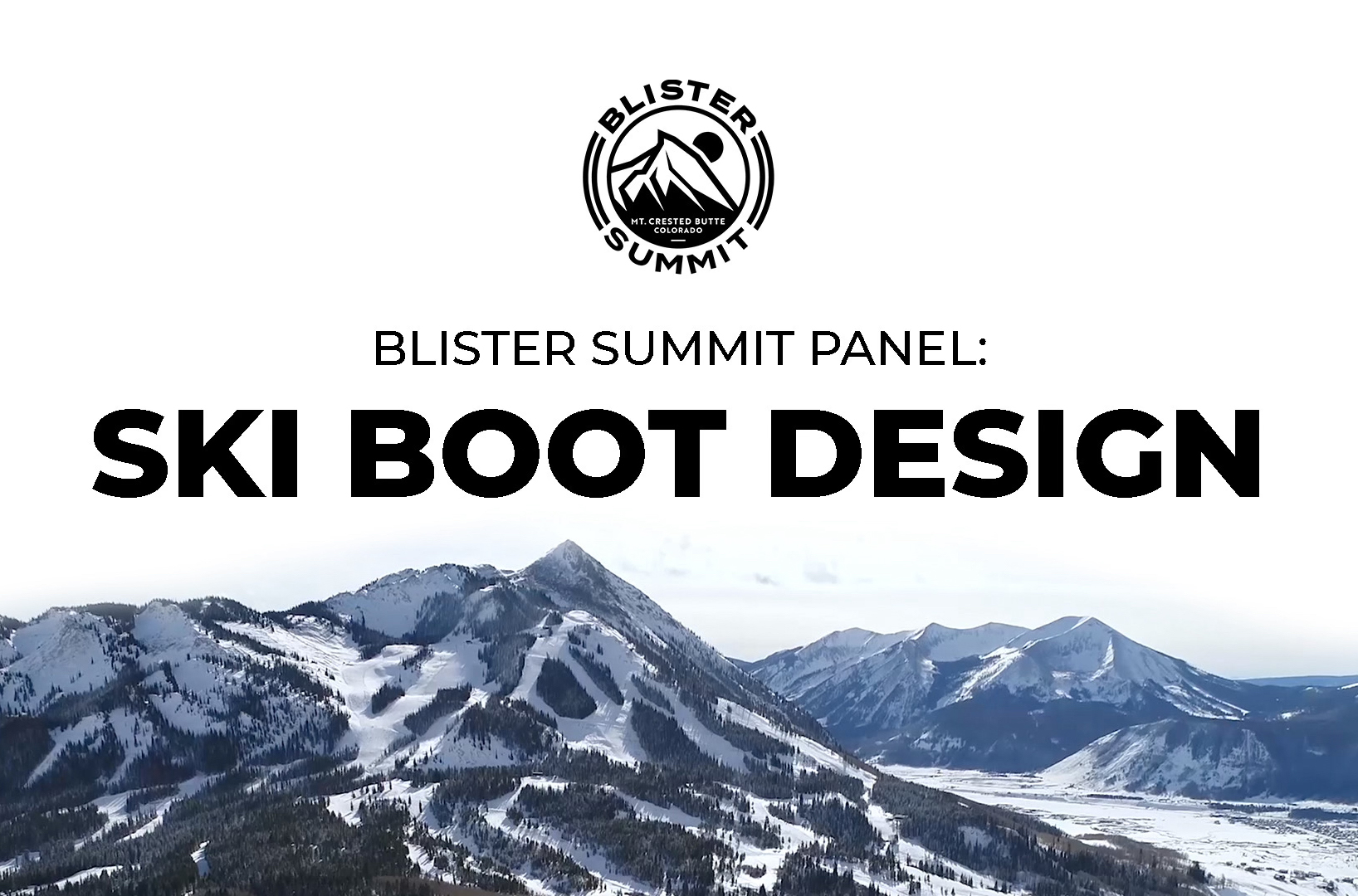 In the Blister Summit panel on Ski Boot Design, we talk to three key people in the world of ski boots: Thor Verdonk, global brand director of Lange ski boots; Matt Manser, product manager of Atomic ski boots; and Stefano Mantegazza, product manager of the Tecnica Group. We discuss their design philosophies; whether we should get rid of flex ratings; whether a precise-fitting boot can be a warm boot; the most frustrating trend in ski design today; where the biggest innovations are currently taking place; and more. 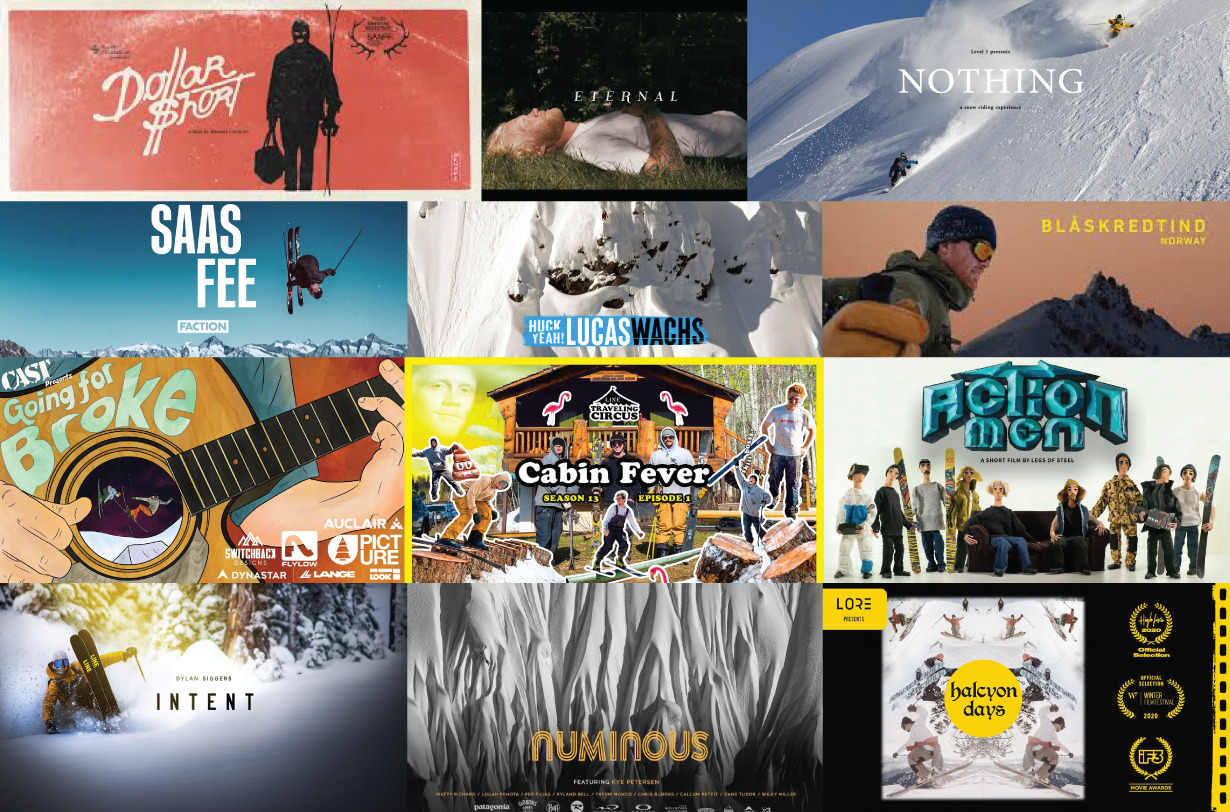 Fall is the season of ski movies / edits, and this fall has definitely not disappointed in that regard. Check out our latest “What We’re Watching” video roundup to watch some of our favorites. 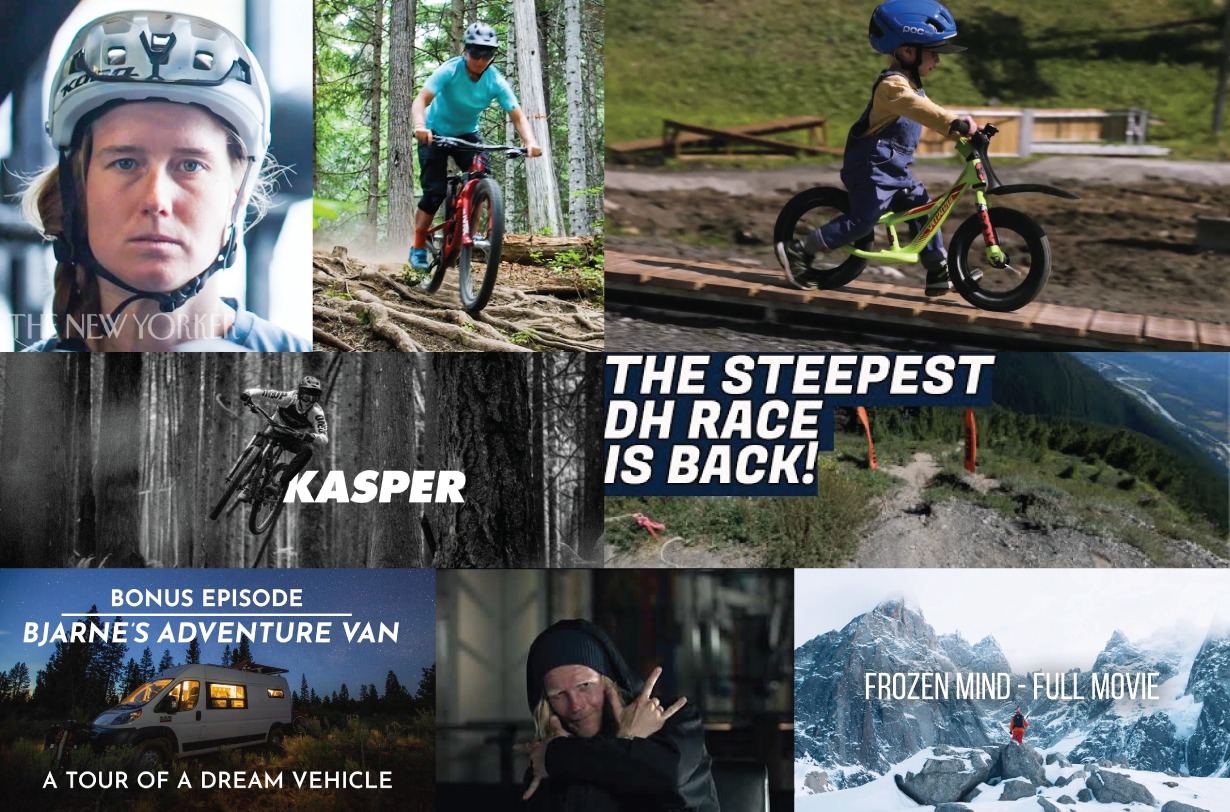 Update 8.12.20: Check out our latest video roundup for super-fast raw biking, footage from one of the steepest races in the world, seriously steep skiing & snowboarding, and more. 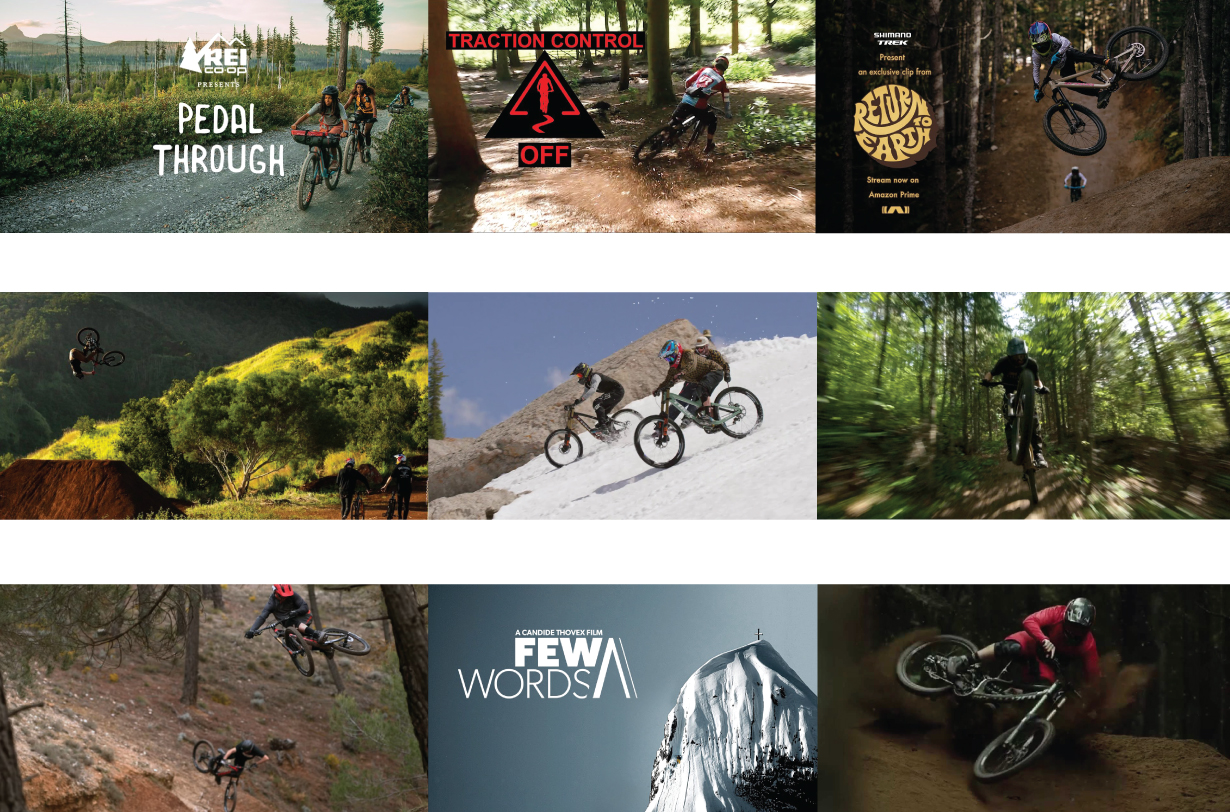 Another week, another batch of cool videos. This week we’ve added 9 videos from legends of biking and skiing, as well as several exciting newcomers. 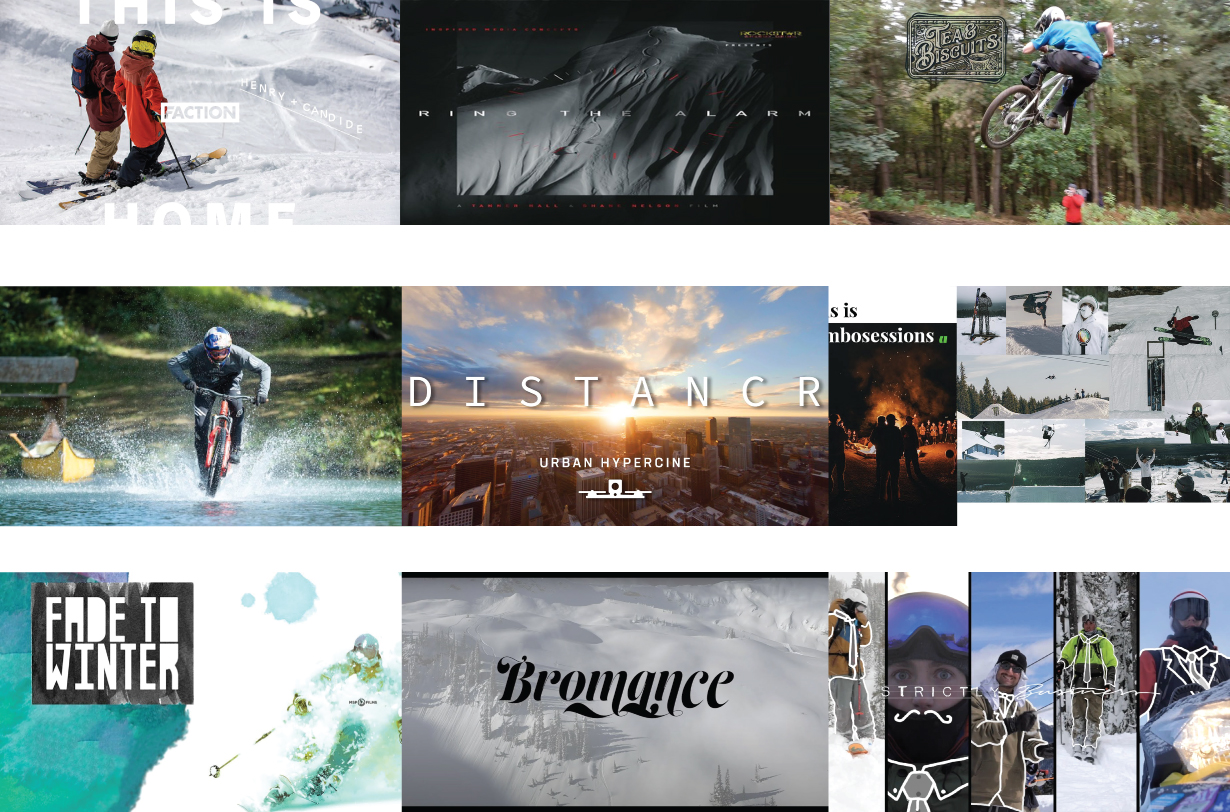 We’ve just updated our “What We’re Watching” roundup with 10 new films & videos, from hot laps with Candide, to hilarious shorts from Thomas Genon & Katie Burrell, to free films from MSP & Armada, and more. 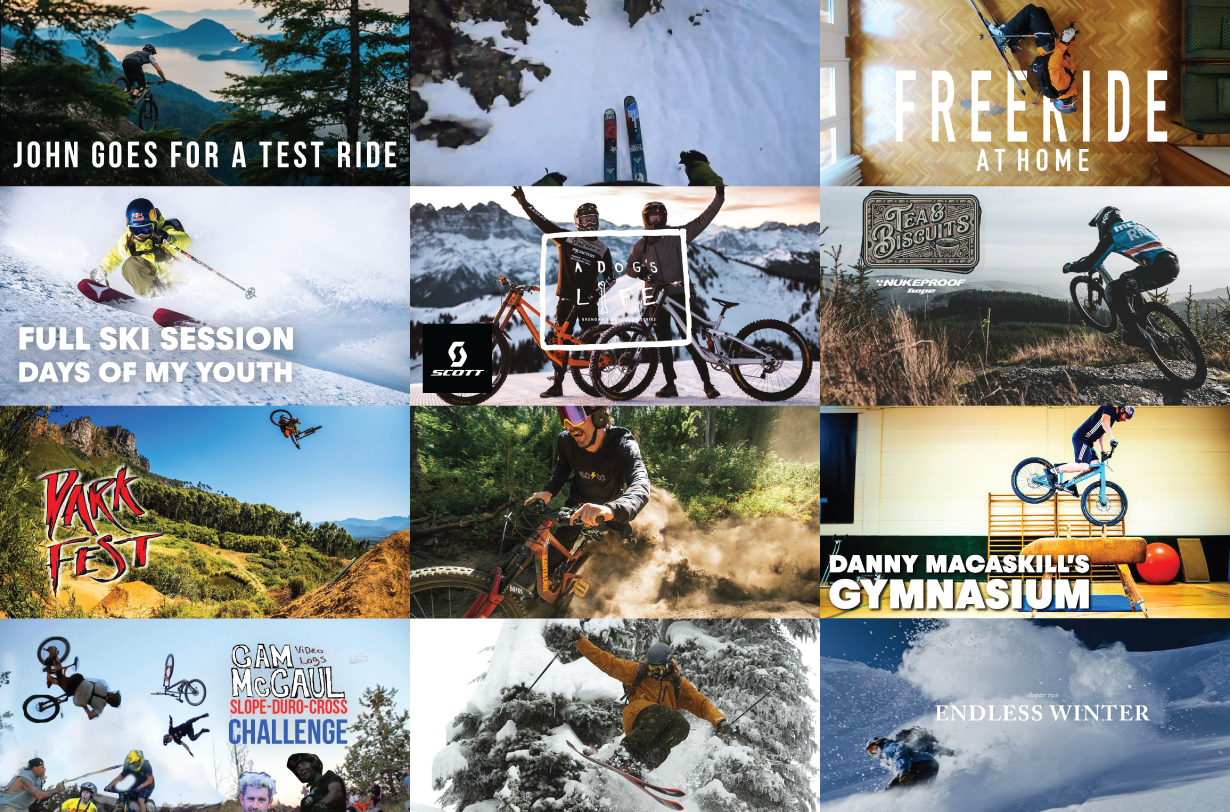 Looking for more isolation entertainment? We just updated our video roundup with 13 more of our favorite MTB and snowsports videos, from goofy to gnarly. 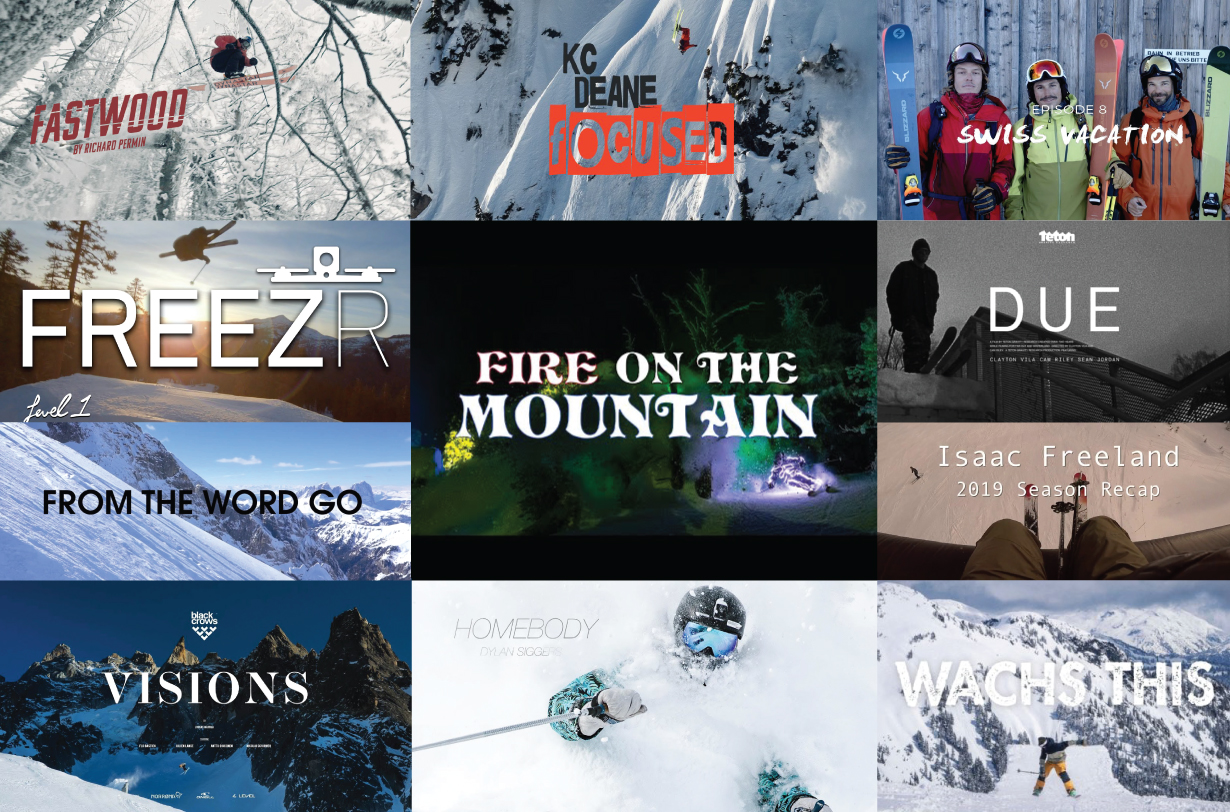 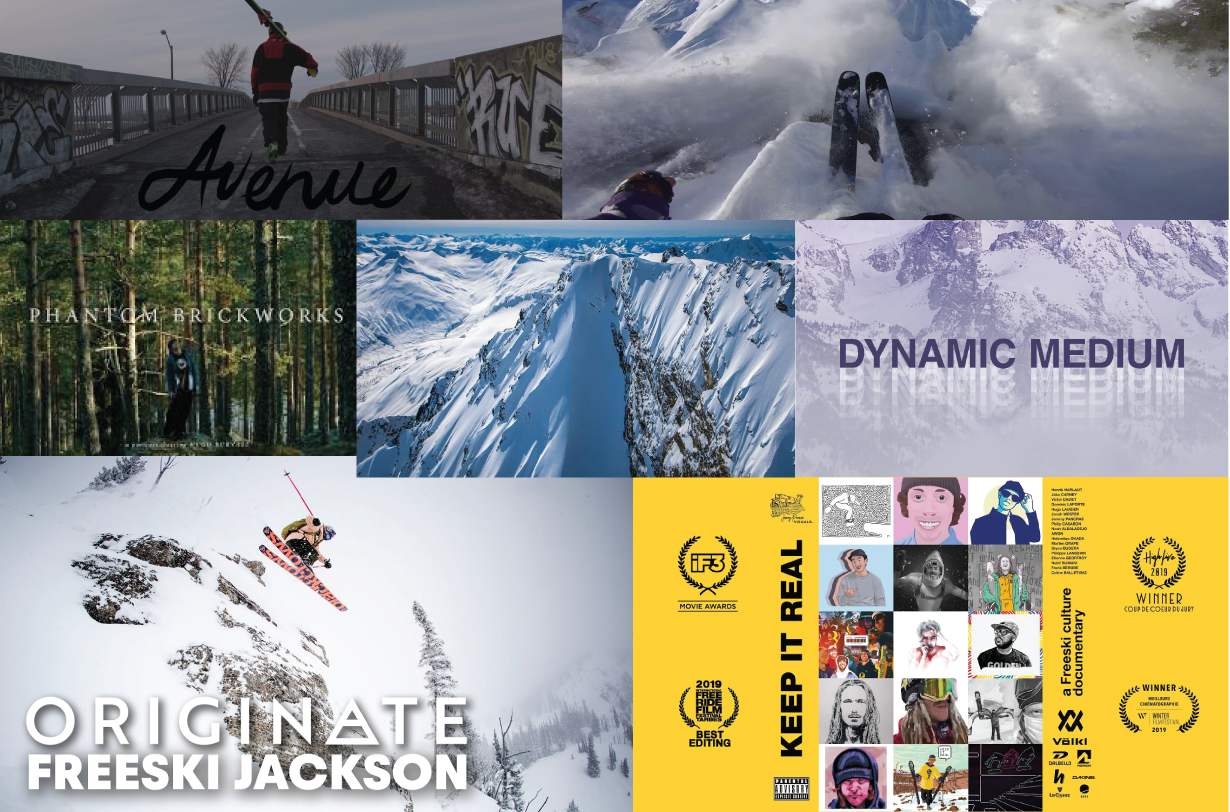 Today we’re thankful for a lot of things, including all of you — and ski movies. Lots of ski movies. For some pre- or post-Thanksgiving dinner entertainment, check out a bunch of new ski videos that dropped this past week. 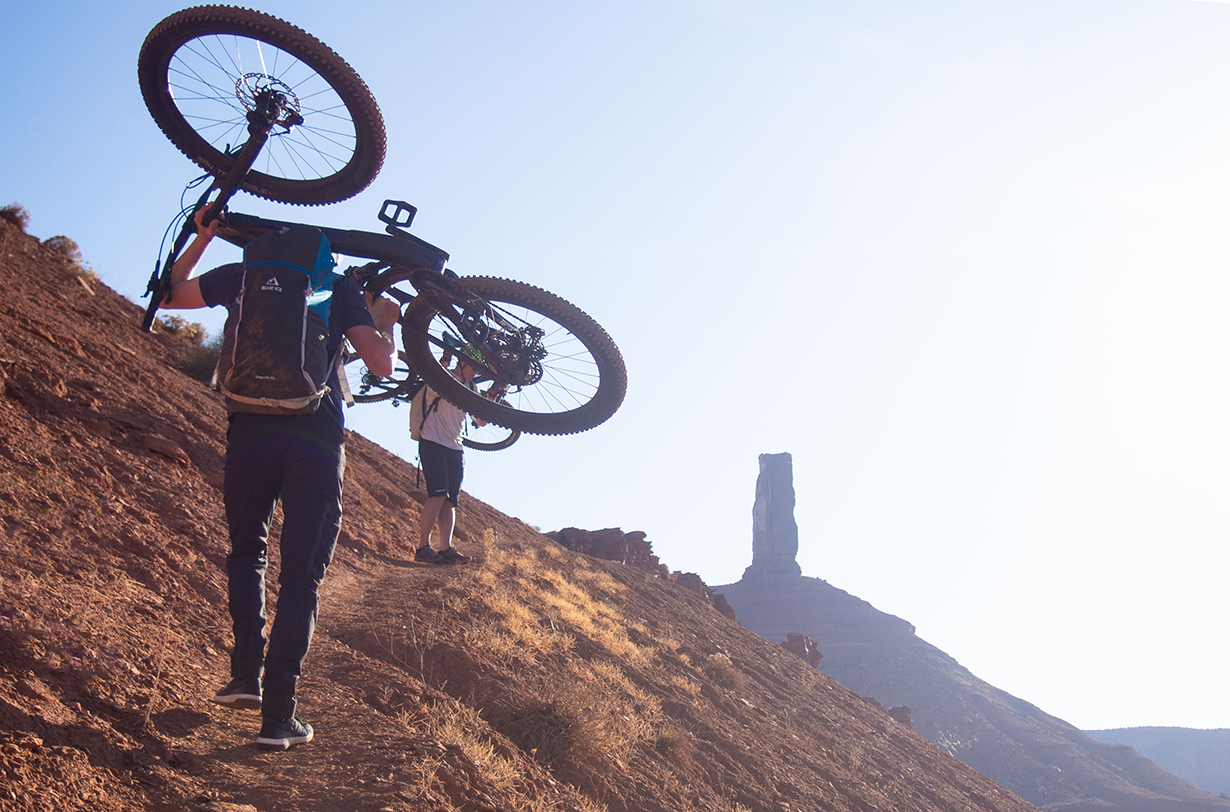 With the help of 57hours and our guide, Willie Benegas, we spent a few days biking and climbing around Moab — check out our recap video and trip report. 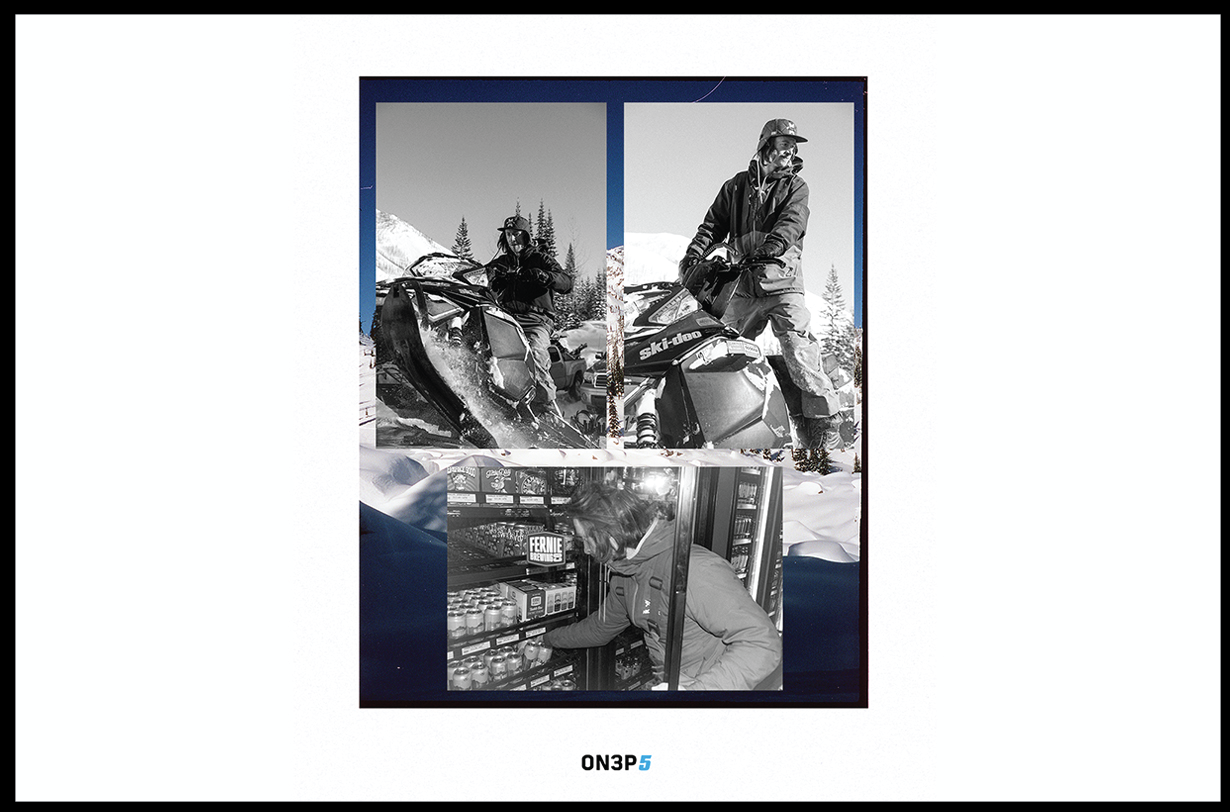 ON3P just dropped their fifth team movie, and this time around they traded urban rails and thrift-store clothes for Gore-Tex, cliffs, and pillow lines around British Columbia. Watch it here. 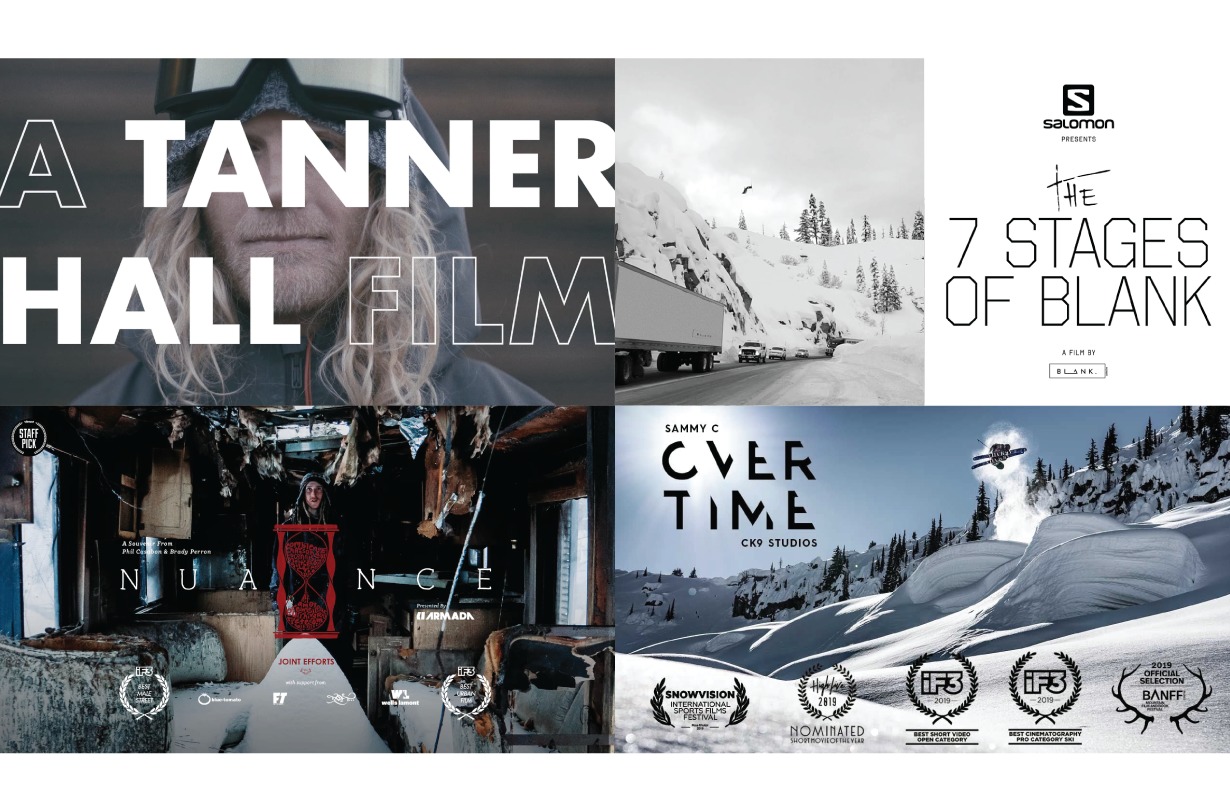 A bunch of really good and entirely free ski films dropped over the past week. Check out this post for films from the likes of Tanner Hall, Sammy Carlson, Blank Collective, Phil Casabon, and many more. 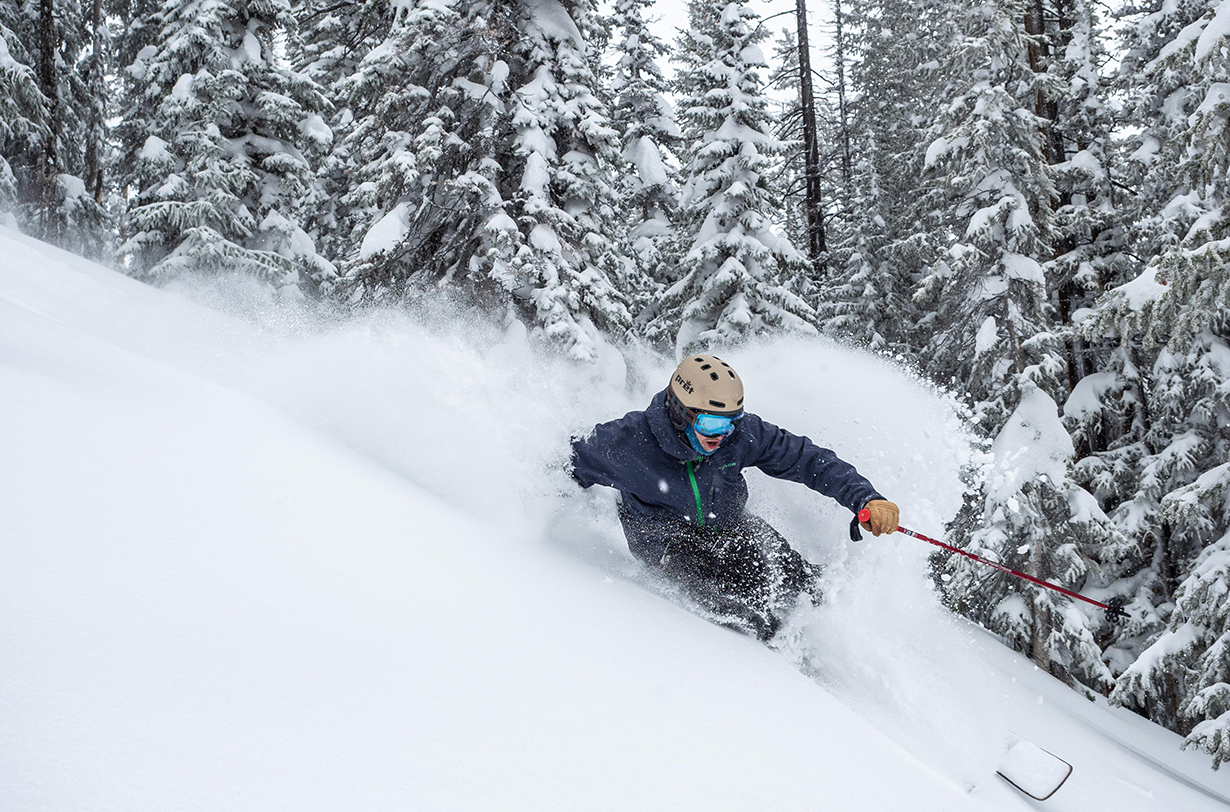 Luke Koppa and Sam Shaheen pose questions & rate the answers of Blister founder, Jonathan Ellsworth, about being charged by a bear; nearly burning his house down; teaching philosophy; his favorite gear in the world; and (of course) the things he’s better at than Sam Shaheen. 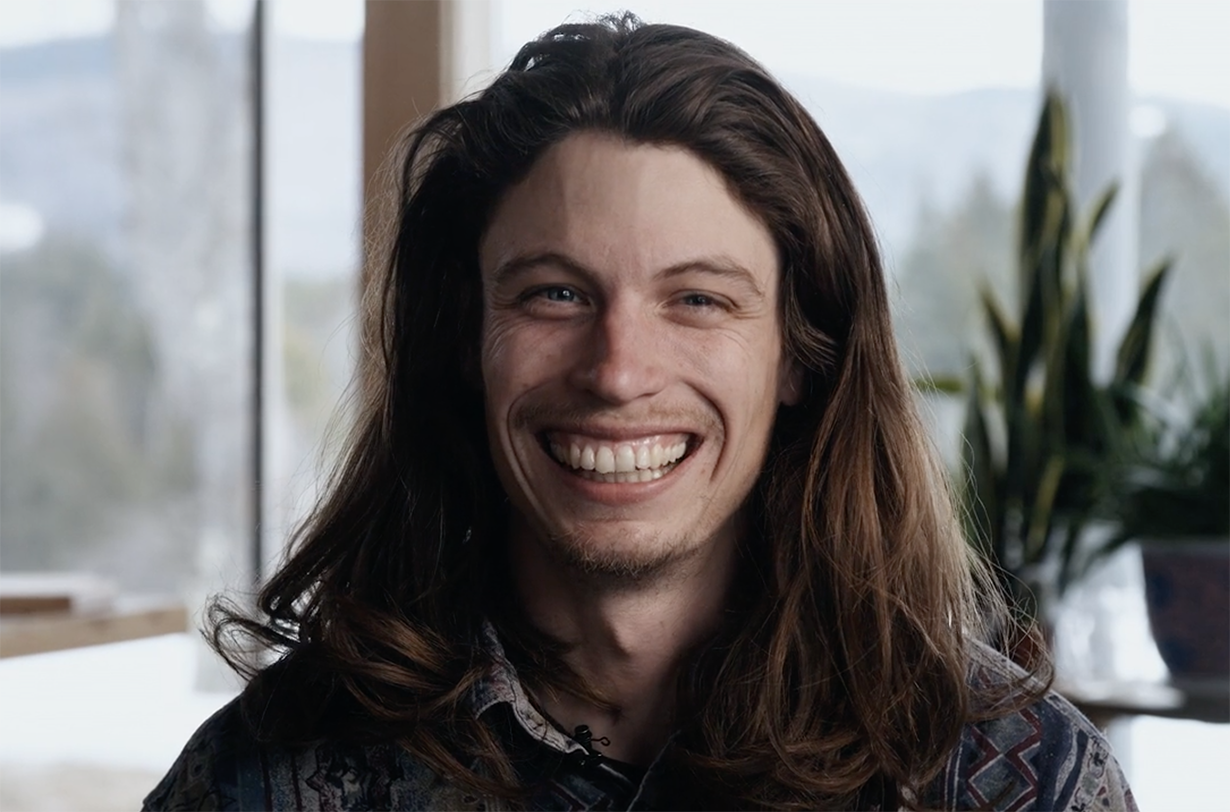 Ian Compton has taken a very different approach to skiing. Once one of the best park / urban skiers out there, Ian decided to leave skiing and move to, as he calls it, the “middle of nowhere,” Vermont. Verb Cabin’s short film, “Another Way,” documents Ian’s rise in the sport, the reasoning behind and the outcome of his decision to leave it, and now his return to skiing, in the form of a tiny undisclosed rope-tow near his new home. We think the video is incredibly well done, and you can watch it here.