We’ve been spending time on three of the new Sick Day models (the 94, 104, and 114), and will be offering our full reviews soon. And you can now also read our Flash Review of the Sick Day 104.

So what’s the story with these new Sick Day skis?

Line says about the retooled Sick Day series: “We took the LINE Sick Day Series, one of the more decorated lineups in skiing, and thought: how can we make this more fun? So we went back to the drawing board and retooled one of our favorite lines of skis. We realized we needed to make them arc better, make them surfier — all in all, we needed to make them…ahem, more funner.”

More funner. Got it.

And about the Sick Day 104 in particular, LINE says:

“This all-mountain, soft-snow beast features a more gradual rocker line and a tail that will break loose with ease. But don’t think of this as a slouch on hardpack, either. This everyday quiver of one offers the snappy, good times vibe that won’t overbear or clap out after half a season.”

So according to their copy, Line is positioning the 104 as an “everyday” one-ski quiver that is biased a bit toward soft-snow conditions.

Interestingly, they make no mention of backcountry skiing / ski touring. But the Sick Day series has always fallen squarely in the “50/50” category of skis, to be used both inbounds and out of bounds.

So the primary question we have of all of these Sick Day skis is whether they really are true “50/50” skis, or whether they are easier to recommend as dedicated inbounds skis or dedicated touring skis?

Hand flexing both the 179 and the 186 Sick Day 104, I would describe their flex patterns like this:

I.e., they are very similar. If anything, the tails of the 186 might go slightly softer at the very end than the 179’s, but the difference is subtle.

So while the Sick Day 104 isn’t a noodle, it certainly doesn’t have a burly flex pattern, and won’t be confused off a hand flex with skis like the Faction Dictator 3.0 or the HEAD Kore 105.

While Line says that they have made the Sick Days more funner, they didn’t do so by giving the Sick Day a “funner,” more progressive mount point. At -10 cm behind center, we are in fully traditional, directional territory, unlike other Line skis like the Mordecai or the Sir Francis Bacon (where the “Eric’s Choice” mark is at – 2 cm). But don’t let the mount point freak you out; Line has proven that they can make some crazy fun, playful skis with more traditional mount points — e.g., the Line Pescado (-10 cm), which has been loved by every Blister reviewer who has spent time on it.

As you can see from our rocker pics, Line isn’t getting weird with the shape of this ski. There’s no heavy tip or tail taper (I mean, not that we care or anything, but YAY!!!), and the tail rocker on this ski is fairly subtle.

“More funner”? We’ll see. But the Sick Day 104 — like the other skis in the Sick Day series — doesn’t try to achieve its state of more-funner-ness by way of some goofy-ass design.

Stay tuned, and become a blister member to check out our Flash Review of the Sick Day 104 (and get a whole bunch of other perks).

NEXT: The Full Review 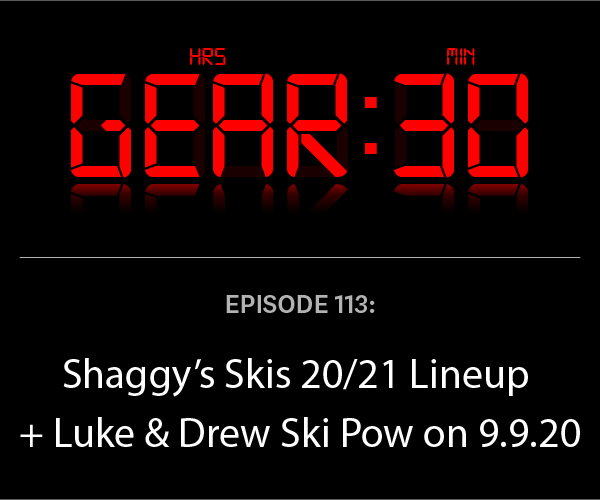