We’ve reviewed several ~87mm underfoot skis, so it’s going to be most helpful to locate the Motive 86 Ti among them.

The 187 Brahma and the 184 X-Drive 8.8 are very powerful and will best serve those who want skis with high speed limits, and who don’t necessarily need a lot of forgiveness.

I’d say that the defining qualities of the Powertrack 89 are that it is a very quick ski that shines in more consistent conditions (more on that below).

Then there is the 182cm Motive 86 Ti, which offers a nice blend of power, stability, and quickness, while being more forgiving in general than the Brahma (both the 187cm and the 180cm Brahma) and the X-Drive 8.8.

The Motive 86 Ti is also a whole lot of fun to carve.

The Motive 86 Ti has a deeper tip rocker line and a bit more splay than the Salomon X-Drive 8.8.

The Motive 86 has no tail rocker—just a small, slightly twinned up, a very wide tail, and I have come to really appreciate this tail profile.

The 186cm Dynastar Powertrack 89 (which is actually 87 millimeters wide) has a very similar flex pattern to the Motive 86 Ti. The tails of both skis have a stiff flex, while I would say that their shovels have a medium, maybe medium/stiff flex.

But while the Powertrack 89 and Motive 86 Ti have a very similar flex pattern, they have almost opposite tip and tail shapes, which make for some noticeable performance differences that I’ll get to below.

I threw bindings on these and then skied them right out of the wrapper, and the Motive 86’s felt fast and the edges felt good to me. I didn’t detune at all.

On nice groomers, the Motive 86 Ti is very fun to carve, and the 182cm model is probably most at home making medium and larger turns. Particularly noteworthy is the wide, unrockered tail of this ski. That tail (in combination with the rest of the ski’s design elements) really digs in, and it was easy to achieve high edge angles without worrying about the ski’s tails washing out.

On smooth groomers, I think the 186cm Powertrack 89 had the most similar feel, in terms of turn shape, rebound out of a turn, and ratio of power vs. finesse.

The 180 Brahma and 182 Salomon X-Drive 8.0 are probably both quicker and may provide more power out of a loaded-up turn. So the Fischer is a bit more subtle in terms of energy returned, but its edge grip on good groomers isn’t subtle.

On smoother, icy groomers, the tip and tail shape of the Motive 86 Ti give it an advantage over the Powertrack 89’s tapered tips and tails. The Powertrack’s don’t dig in as much. (But again, the Powertrack’s shape makes it very quick. So the less interested you are in carving turns at high edge angles and high speeds, the less important this will be.)

On ice, I still found the X-Drive 8.8 to offer better edge hold when carving (a combination of its heavier weight + greater dampness + more subtle tip rocker), than the Motive 86 Ti. And the Motive is better than the the Brahma and the Powertrack 89.

The 184cm X-Drive 8.8 continues to reign supreme here, and the 187 Brahma will take 2nd place honors. The Motive 86 Ti comes in next, and its performance at speed on end-of-the-day, beat-up groomers is still quite good given that it is a lighter ski than Brahma and X-Drive 8.8, requires less input than those skis, and is a bit more forgiving around the rest of the mountain.

On evenly spaced, pretty uniform mogul lines, the Powertrack 89 is the quickest ski in the group, and a ton of fun.

Mounted on the line, the Motive 86 Ti felt balanced and still pretty quick. For an advanced mogul skier who isn’t looking to simply pivot and slide through moguls, the tails of the Motive 86 Ti work great. They are fat—which enhances the ski’s edgehold and carving performance—but they are also twinned up just enough that I very rarely found the tails to feel grabby, even in huge, weirdly shaped bumps (top of Taos’s Reforma or Al’s Run) or in narrow chutes filled with deep snow (Taos’s Purgatory). It is a nice blend of stability, predictability, maneuverability, and edgehold / carveability.

Skiing some steeper trees in Taos’s Pollux, West Blitz Trees and Corner Chute, I’d wondered if I’d find the tails of the Motive 86 Ti to feel grabby. The answer is: no, really not at all.

If you’re looking to ski really tight trees at lower angles and at slower speeds, the Powertrack 89 is the most maneuverable option. But despite the lack of significant taper, the Motive 86’s tail profile still worked well. The big exception here would be if you were skiing trees in very dense, heavy snow, where some tail rocker (or a lot of tail rocker) could really help the cause.

But in shallower snow conditions—and especially in icier conditions where a traditional tail will be a benefit—I have no reservations recommending the Motive 86 Ti as a tree ski for advanced skiers.

NEXT: The Reforma Test 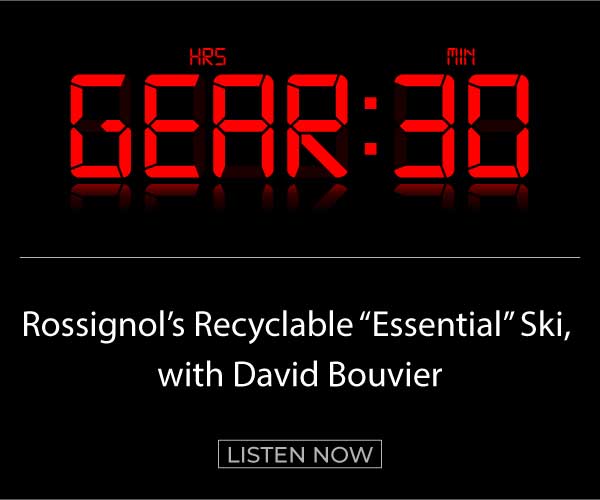