Paul Forward praised the Carbonlite 3 Redeemer for being light and damp. The standard Redeemer is a lot heavier, but I would also call it a pretty damp ski, and it has to be more damp than the Carbonlite 3 version. And these damping properties of the Redeemer really stood out when Taos’ deep pow turned into a mix of deep pow + soft chop + steep moguls.

Airplane turns to windscoured patches definitely felt better and more stable on the 190 Redeemer than on the narrower (and softer tip-and-tailed) 192cm Bent Chetler. And the Redeemer showed pretty good stability on soft-but-bumpy straight lines out of the bottom of Reforma and West Basin’s Staffenburg, Zdarsky, and St. Bernard.

Having said that, if you get back on the tails of the Redeemer, you can get bucked. I don’t think that has to do so much with the shape / rocker profile of the tails, but rather the significant stiffness of the ski behind your boots, before it softens up a bit toward the tail.

In chop, the Redeemer was most intuitive to ski from a more centered stance, but I could get onto the shovels a bit. When landing jumps or airplane turning, I could always err on the side of being a bit forward rather than landing on those tails, and as long as I was conscious / not lazy about that, these skis rode very solidly and predictably in steep and / or bumped up terrain. (It’s sort of the opposite of the 192 Bent Chetler – you get on those tails, and they are so soft and rockered enough that they won’t support you—you kind of fall through the trap door in steeper bumps (e.g., Taos’ Pollux and Winston).

In low visibility where I couldn’t really see my lines, I had a lot less fun on the Redeemers trying to ski at speed in bumped-up terrain. But as soon as I could see and could set up turns, they became really fun skis.

Gorgeous Wind Buff (aka, The Next Best Thing to Deep Pow)

I used to think that slush bumps were the next best thing to pow, but this past week, I changed my mind. Because all day long, we skied the greatest, purest, creamiest wind buff that I have ever skied.

Castor was the best run of the day, with the greatest wind buff I’ve ever skied. And the Redeemers were beautiful. While I didn’t need to be skiing that wind buff on a ski this big, the skis sunk into the snow enough to do anything you wanted while enjoying the smoothest ride of your life. Big turns at high speeds, shorter turns at slower speeds, whatever. I’m giving the Redeemer my Awesome Windbuff Seal of Approval.

Taos is a steep enough mountain that piles of snow get pushed around with each turn, and the place gets bumpy. But all the moguls disappeared for about a week under all of the new snow.

So I’ll say this: if you don’t tend to encounter moguls, I’ll absolutely vouch for the Redeemer in deep pow, soft chop, and wind buff. If conditions are soft and not that bumpy, you will almost certainly have a great time on these.

Having said that, these aren’t merely some one-trick pony…

Whitedot calls the Redeemer a “fully versatile ski,” and I want to tease that statement out.

Often, getting into deep fields of pow requires some billygoating or navigating some hairy entrances, and I have had no issues doing so on the Redeemer (aside from the obvious fact that 190cms is a fairly long ski.)

But billygoating and jump turning on these were not problematic at all given the Redeemer’s relatively low swing weight, thanks to its heavily tapered tips and tails.

The edgehold of the Redeemer proved to be quite good, and the ski provided a stable platform underfoot when negotiating steep entrances into West Basin’s Sauza, High Somewhere, and Stauffenberg. Again, just stay centered and don’t lazily land too far back on the tails and you’re good. These skis have an odd shape, but they were not nerve-racking at all on consequential steeps. For me, and for the reasons I’ve just mentioned, that’s a really big deal.

This ski pivots quite well, so as long as we’re not talking about massive, firm bumps with really deep troughs, I quite like them in bumps.

If you slow things down a bit—especially as the snow firms up—you’ll do just fine here. Just stay centered or forward.

Paul mentioned that these skis encouraged him to ski with a more playful style, and while I wasn’t tempted at all to spin these things, it certainly was fun to treat big powder moguls as pillows—air from one, slash the next, repeat.

Landing airs on these was fun, too. Again, the only rule is to not let yourself land too far back seat, and the substantial, supportive shovels allowed me to simply land centered or err on the side of landing a little too forward without worrying about tip dive. Easy. Stable.

Remember how I was just praising the Redeemer for its solid platform when billygoating around on consequential steeps? Well that is made possible in part by the fact that when you are clicked into the Redeemer, it feels like you are standing on top of a stiff, straight, rectangular platform. That is an excellent, reassuring feeling when negotiating firm steeps, but it makes the ski suck if you are trying to actually bend the ski and carve it.

I do, however, imagine that the more time you spend on this ski, the more comfortable you’ll get, and the more predictable the ski will feel on groomers. But I never got there, and on groomers, I would basically start by running bases flat, then moving to the slightest amount of edge pressure—never becoming willing or comfortable to try to actually get the ski up on edge and set a clean carve, just wanting to minimize any squirreliness on the way back to the lift. The experience moved from “initially-slightly-nervewracking” to “quite boring.”

Will Brown called the Redeemer on groomers “pretty unresponsive,” and pointed out that the bizarro-looking Moment Ghost Train feels more alive and engaged on groomers. So does the Blizzard Spur—if and when you get it up to speed.

So if you insist that your super fat pow ski is also great on groomers, then the Redeemer isn’t your ski.

I’ll be posting my review of the Spur soon, but this was the other fat ski that I spent the most time on in this past storm cycle, so a few quick notes:

In deep snow and nice, soft conditions, these skis are both very capable and their differences are minimal—more similar than different, I’d say.

But the standard Redeemer is more damp than the Spur, which becomes apparent when you introduce bumpy terrain into the equation. When A/B-ing the two skis yesterday down a fairly firm and somewhat bumped-up Stauffenberg, I was missing the more damp ride of the Redeemer … though in firm stuff, I appreciated the much flatter tail and reduced tail splay of the Spur.

The result was that in the firm, fairly bumped-up steeps of early West Basin, I felt the need to check my speed quite a bit on both skis.

Still, when good visibility allowed me to really set up my lines in advance, I think I could probably push the Redeemer harder, given its more damp, planted feel.

Oh, and again, the Spur is way more fun on groomers once you bring it up to speed.

Without question, the Praxis Protest is the ski that reminds me the most of the Redeemer, though the skis still have their differences. Unfortunately I wasn’t able to A/B these two skis in the last storm cycle, but a “vs.” review is definitely in order here (and would be really fun to conduct). But we’ll have to wait for the next big storm cycle.

Till then, you can A/B the two reviews, and I’ll point out a couple of facts:

1) The Redeemer has less tip and tail taper than the Protest.

2) The standard Redeemer has stiffer tails and much stiffer tips than the Protest we reviewed.

3) With respect to weight, the 187cm Protest falls right between the 190 Carbonlight 3 Redeemer and the 190 standard Redeemer.

Who’s It For? (Whitedot Redeemer vs. Carbonlite 3 Redeemer)

(1) Directional skiers who like the idea of a solid, fairly damp, pretty powerful pow ski that also has a playful side.

(2) If #1 sounds like you, then the heavier you are (say, 180 lbs. and up), the more confident I am that you will like the Redeemer. The lighter you are, the more I suspect that the Carbonlite 3 Redeemer would be the preferable option.

(3) If you are considering the standard construction Redeemer as a heli ski or just for use on bigger lines, you are going to have a very good time.

(4) If you are looking for something to wiggle around on in tight trees at slow speeds in flat terrain, I wouldn’t consider the standard Redeemer, and the Carbonlite 3 would be the better choice.

So the less interested you are in picking one side over the other, the more interesting I think you’ll find the Whitedot Redeemer. 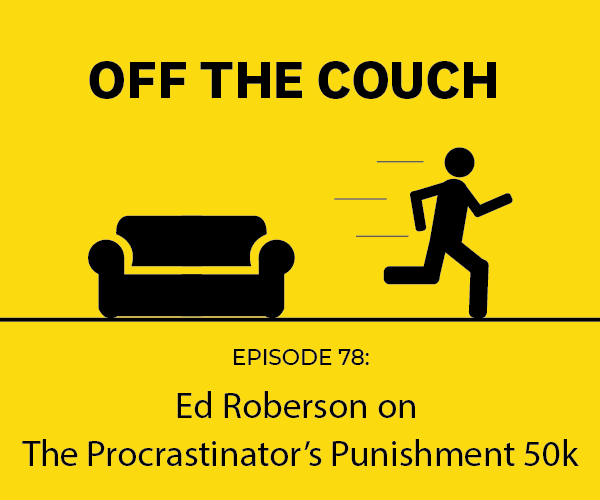