NOBL began as a two-man team in 2012 in Abbotsford, BC, with the vision of creating wheels based on sound building techniques and excellent ride quality. In 2014, after several years of R&D with engineers, toolmakers, and athletes, NOBL launched its first line of rims and wheelsets. NOBL recently partnered with Onyx Racing Products to create custom hubs to match NOBL’s design and performance needs, and for 2017, NOBL is working exclusively with Sapim for their spokes.

NOBL owns all of its own tools and molds, and designed their entire manufacturing process from the ground up — which means they have complete control over exactly how their carbon layup is executed. An overseas manufacturing facility handles rim construction, and thanks to their start-to-finish involvement in the manufacturing process, NOBL claims lower rim failure rates than the industry average.

NOBL has a variety of wheel offerings in 27.5” and 29” sizes, ranging from XC to Enduro/Freeride, 28 and 32-hole configurations, a multitude of hub and spoke options, and even custom decals. For 2.5 months, I’ve been testing the TR38 27.5” wheelset, which features NOBL’s widest and strongest rim.

The TR38 rim has an external width of, you guessed it, 38 mm. Internal width is 31 mm, and this is the dimension that matters most, because it dictates what your tire profile will look like and, more importantly, how it affects ride quality out on the trail. The jury is still out on what the “perfect” rim width is, and I personally doubt that there will ever be a consensus on this. But most modern rims in the All-Mountain / Enduro category currently measure somewhere between 27 and 35 mm. The TR38 sits squarely in the middle of this size range, and I can’t fault NOBL on this since the rims worked well with several different tires.

NOBL’s rims feature a hookless bead and a bead seat bump to reduce the risk of burping a tubeless tire. The bead of the rim is wide and rounded to improve impact resistance and reduce the risk of pinch flats. The rim profile is asymmetrical for more uniform spoke tension, which beyond making the wheel stronger, helps keep the wheel true for a longer time. The rims come with tubeless tape, and NOBL’s own branded tubeless valves installed.

For 2017, NOBL says they’ve made small improvements in the carbon layup pattern, strengthening their rims without weight penalties, made tubeless setup easier, and improved tire bead retention. Tire retention is important because it helps prevent rim damage if a flat occurs, and is especially useful in race scenarios when a flat tire slipping off a rim most certainly spells disaster.

The top of the line wheel build from NOBL means that the TR38 rims come laced with Sapim Race spokes and NOBL’s own custom Onyx hubs. The j-bend, double-butted Sapim Race spokes are laced in a 3-cross pattern, and come in a sexy all-black finish with black nipples. But the Onyx hubs are where the magic really happens.

Onyx holds a patent on a sprag clutch system that reduces drag and dramatically improves hub engagement, all while running completely silent. Silent you say? Yep, if you run these hubs and a clutch derailleur, all you hear when you’re ripping down the trail is the wind in your hair and the sweet sound of your tires digging into the dirt. I never thought I’d enjoy the lack of freehub noise so much.

We hear lots of talk and marketing about points of engagement in hubs, and it’s commonly accepted that more is better. To achieve this, most hubs use a set of pawls that ratchet over a ring of teeth to engage, and more pawls and teeth leads to quicker engagement, and subsequently a louder hub.

The sprag clutch used in NOBL’s hubs employs a different engagement method, simulating the effect of a ratcheting or “one-way” bearing. Two rows of sprags (which are basically metal wedges) are sandwiched between the hub shell and the freehub driver, and are spring-loaded to allow the hub to spin freely in one direction as you coast, but engage as soon as you begin pedaling. Here is a quick video that shows how a sprag clutch works.

One thing to note about the feel of the sprag clutch is that the initial engagement, although instantaneous, has a ramped feeling to it. To compare, when you pedal back and forth on a traditional hub, there’s a defined “thunk” when you pedal forward and the hub engages. The sprag clutch engagement feels almost gummy by comparison; there’s no defined point at which you feel solid engagement, but rather the engagement happens so quickly that you don’t get that defined “thunk”. This is caused by a very slight amount of flex in the sprag clutch system, but in no way does it detract from the ride quality or power transfer.

I was initially worried that I wouldn’t get over this weird engagement feeling, but I got used to it after only one ride, and I have to admit that every time I go back to using “regular” hubs, they feel cheap and clunky underfoot. I would compare the Onyx hubs to its competition like I compare the advent of carbon rims to aluminum options: I never want to go back.

The Onyx hubs feature angular-contact, hybrid-ceramic bearings that have preload adjusters on the end caps. Hybrid-ceramic bearings are smoother and harder than regular steel bearings, which means that they roll smoother, longer, and with less maintenance than your average bearings — all positive traits for a hub that’s supposed to be bomber.

As for the wheel build quality, uniform spoke tension means that a wheel is stronger and will last longer, and NOBL gets high marks in this area. Spoke tension was within 10% variance, which is well within the acceptable range of 20%. Having verified excellent spoke tension and balance right out of the box, I’m not surprised that the wheels stayed perfectly true and maintained spoke tension the three times that I re-checked them during my test period. No complaints here.

At 588 g for the pair, the Onyx hubs definitely contribute to the heft of the TR38 wheelset, but in a world where wheels are such a balance of price, weight, and performance, the weight penalty might be worth the gains in ride quality.

If weight savings is your thing, NOBL also offers Hope Pro 4 Evo and Industry Nine Torch Classic hubs, which are 102 g and 160 g lighter than the Onyx hubs, respectively. If you don’t want to give up the Onyx hub, there’s a lighter aluminum freehub body available for $100 that sheds 45 g on XD drivers and 75 g on Shimano.

It’s also worth mentioning other offerings from NOBL, which include the TR36, TR33, and TR28 rims, which feature 30, 27, and 23 mm internal widths, respectively. These are all lighter-duty options that, based on your riding style, may suit you better than the brawler TR38. If you’re not one for too many airborne shenanigans and rough terrain, but still want a durable wheel for all-around trail riding, the TR36 and TR33 are worth a look, while the TR 28 is made for all your XC and light trail riding needs. Either way, NOBL has you covered with tons of customizable wheel and graphics options. 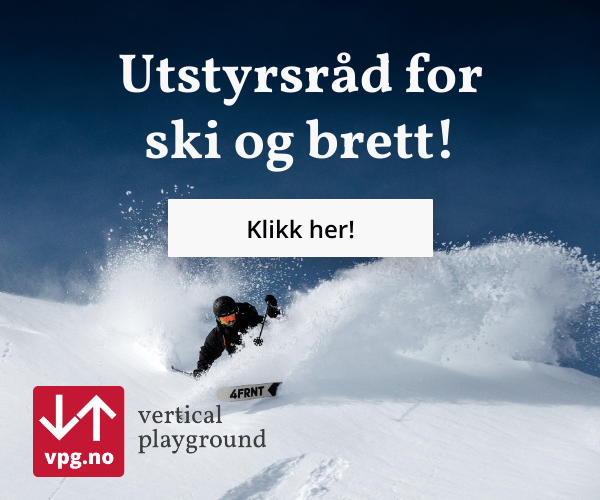