The ION 12 is pretty traditional in this area; it doesn’t have any sort of rotating toe or lateral release. However, anecdotally, the ION 12 has done a great job staying on when I need it to, and coming off before I hurt anything. Part of that can be attributed to the geometry of the toes. While there is no rotating or sliding toe like some other tech bindings, G3 designed the ION’s toes to give progressive resistance to opening. This means they should stay clamped better on smaller, non-catastrophic impacts than more traditional tech toes that need to be locked out to prevent pre-releases.

I’ve been running my heel release at 10, rarely locking out my toes, and I have yet to experience a pre-release. I did have one ski come off with my toes locked, but that was on a very badly executed mandatory air, and I’m glad the ski ejected. Some of this is also due to the ION’s heels which are spring loaded on a track that allows them to move as the ski flexes.

My positive experience with the ION’s consistent release has pushed me to take a lot more chances on the binding that I would have expected. I’ve dropped some bigger cliffs and pillows on the ION’s as well as hit a few booters, and haven’t had any negative experiences, yet.

A binding like the Vipec Black with its lateral toe release is arguably safer than the ION 12 in situations like this, but so far the ION 12, has served me well.

The original ION 12 was plagued with a few durability issues that seem to have mostly stemmed from the heel risers. We ran into some of these issues initially in New Zealand two years ago when a pair of ION 12’s we were touring on would repeatedly rotate the heel piece just enough that the brakes would come unlocked and pop down when walking on the highest riser. Back in the states, the condition worsened with that same pair, to the point that the heel occasionally slipped all the way around into ski mode.

We’ve heard reports of other skiers having similar problems, as well as having issues with the springs in the heel risers wearing out, which left the risers flopping in and out of position with every stride.

But late in the 14/15 season, G3 released an update to the ION 12 (which then became standard on 15/16 IONs) that features differently molded heel risers. We spent the second half of the season on this updated version, and so far have had no issues. We’ve also heard good reports of G3 replacing damaged heel pieces with minimal hassle. And G3 has also introduced some new tweaks to the ION heel for next season that should help even more with this issue. We’ll be getting time on the new ION’s ASAP and will have an update on the heel changes.

Other than the heel rotation issue, we’ve had no other durability issues. I did blow up one of the old (14/15) ION Demo heels early this season, but I was very clearly using the binding outside of its intended use. I messed up a switch landing in shallow snow and caught my tail in the dirt underneath the snow which forced the heel piece back further than it’s meant to go. This bent the adjustment screw and blew out the spring-loaded portion of the heel. Part of this failure may have been because the adjustment screw on the demo version is much longer than the regular one, and thus easier to bend, but regardless, I don’t hold this failure against the ION or G3. I was very clearly trying to do something tech bindings just aren’t meant to do.

So while the ION 12 is very traditional in terms of its safety and release features, and it doesn’t have the most alpine-like feel of the tech bindings on the market, there are a couple of points that stand out to me: (1) The ION 12 is the second lightest binding we tested, (2) the least expensive, and (3) the easiest to use in terms of icing, adjustment, and climbing risers. And those three points combine to make a compelling case for the ION 12 for a lot of skiers. It’s a very solid choice for a first tech binding, and it’s a good upgrade for someone skiing a binding like the original Dynafit Radical. It’s also a great complement to the Marker Kingpin in a touring quiver. Right now I’ve got a pair of Kingpins mounted to the Moment Bibby Tour for deep days and days where I’m planning to jump off stuff. But I’ve got the ION 12 on pair of 105 mm-underfoot skis for longer tours where their light weight and easy-to-use climbing risers really pay off.

We’ve spent a lot of days on the G3 ION 12 over the last year, and don’t have any significant complaints. It’s easy to use; the risers and touring mode are very easy to actuate (best in the test); all the hardware is serviceable with a pozidriv screwdriver; it’s easy to clear out any ice buildup; and it’s cheap.

So if you’re looking to enter the world of tech bindings on a budget, the G3 ION 12 is a good option to get started, and it’s a fine option for more experienced skiers looking for a cheap, simple option who aren’t too worried about elasticity or lateral release.

Become a Blister Member or Deep Dive subscriber to check out our AT Binding Deep Dive where we directly compare the ION 12, Fritschi Vipec Evo 12, Fritschi Tecton 12, Dynafit ST Rotation, Salomon / Atomic Shift MNC 13, Marker Kingpin, Marker Duke PT, & CAST Freetour, and discuss what you tend to gain and give up by going to much lighter AT bindings. 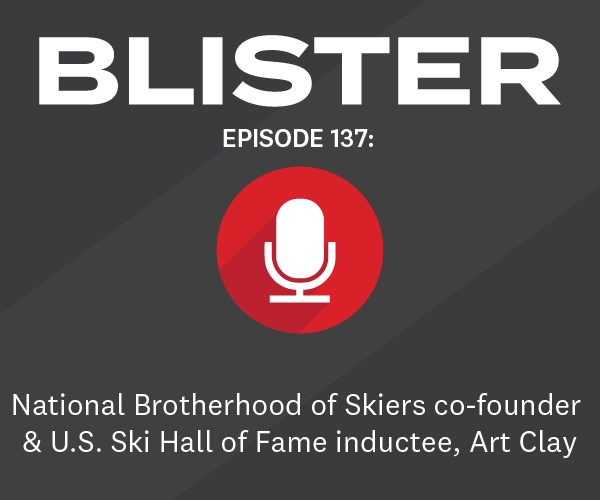