The main trick in writing a review of the Praxis Protest is to make clear just how good this ski is, while also conveying a relatively accurate sense of the ‘feel’ of the ski, its limitations, and what sort of skier is most likely to dig it.

So let’s start with the business of making clear just how good this ski is:

The Praxis Protest is a phenomenal deep-snow ski. There are a number of truly outstanding pow skis, but I have skied none that is clearly better than the Protest. Different, yes. Better, no.

The Protests performed exceptionally well in Niseko. In fact, of the 14 skis we took to Japan, if I had to get rid of all but one for the full 17 days, it would be a close call between the Protest and the Rossignol Squad 7. But that is a comment about the versatility of the Protest, and we’re talking about pure powder performance here, so I digress….

On the many bottomless runs we skied at Niseko, and on a practically bottomless day at Rusutsu, being guided around by Black Diamond Lodge and Tours owner Clayton Kernaghan, I never experienced any tip dive on the Protest, ever. To me, tip dive is the single greatest sin of a pow ski. If I have to get back on my heels to keep the tips planing, what’s the point of having 120+ millimeters underfoot?

Mounted at +1 of the recommended line, the Protest feels very balanced, and while it works best when skied from a more centered stance, the Protest doesn’t get weird or dive on you if driven through the shovels. It also has a large sweet spot, and doesn’t begin to wheelie out if you get in the backseat a little.

The Protests love going fast down the fall line, but they aren’t beasts to turn at slower speeds. (The DPS Lotus 138 Pure is probably even better at executing quick turns at slow speeds in very tight trees, but the Protest isn’t far behind.)

From heavy, wet untracked to light blower, the Protest feels at home. Keep the bases flat, pivot, and enjoy a surfy ride; or put it on edge, and the ski is solid enough to carve through the untracked. I don’t feel like the Protest has a preference.

If the Protest wasn’t such a good pure pow ski, I would say that its strength is soft, cut-up pow. These skis encourage you to fly in both soft chop and snow with deep trenches. The stiffness of the shovels feels perfectly in sync with the minimal sidecut of the forebody and the narrow tips, resulting in little to no tip deflection or hooking, and little fear of diving a too-soft tip in a deep trench, which was an issue I had with the otherwise excellent Armada AK JJ.

Speaking of the AK JJ, I mention in my review that I felt that its nice stiffness underfoot moves too soft too soon through the shovel, and if it didn’t, that ski would be getting really close to perfect. The Armada AK JJ and the Praxis Protest have a pretty similar feel in deep snow, but to me, the flex of the Protest is spot on, helping it to excel exactly where the AK JJ struggles.

The combination of the Protest’s playful shape with a solid flex is what makes the Protest so much fun. There are, of course, skis that can blow through such conditions with ease (e.g., 191 ON3P Billy Goat or 191 Volkl Katana), but the Protest feels more playful than these skis while preserving much of their stability.

(By the way, it just occurred to me that I just compared a 128mm underfoot ski to a 118- and a 111-mm ski, and I think it’s a little telling: the Praxis Protest is a rather playful pow ski that can still charge.)

Jumping off pillows and landing in soft chop in Niseko Village’s Mizuno no Sawa, the Protest felt stable, and I wasn’t getting bucked around. Land too far in the backseat and you will wheelie out, but given that the width of the Protest is concentrated in the middle of the ski, I tend to worry less about getting too far forward, burying the shovels, and going over the handlebars.

In deep pow and soft chop, the Protest is a relatively forgiving ski that won’t noodle out at speed, and doesn’t deflect all over the place in cut up snow. It’s a ski that will allow you to arc huge turns, but it also pivots easily.

Because this ski is 128mm underfoot, this review could end right here, at tracked and untracked pow performance. But the Protest is so capable that it’s the sort of ski you think you’ll pull out only when there’s at least 6″ of fresh. But then you start pulling it out when there is only 2″ of fresh. And then you start taking it out 3 days after a storm….

So if you’re certain that you’ll get on other boards when there’s less than six inches, stop reading. But for the rest of you…

The Protest is a ski that you can hop on and immediately appreciate the ride, but it’s a ski that feels better and inspires more confidence as you spend more time on it. That’s what makes this section of the review so difficult: the question of how well the Protest handles firm conditions seems even more subjective than it is with other skis, and the line of what it can and cannot handle tends to shift as you learn how to ski it.

Plus, Protest owners love their skis kind of like Republicans love Ronald Reagan, Bears fans love Coach Ditka, and BLISTER reviewer Joe Augusten loves Justin Bieber: They see no shortcomings, and to suggest otherwise is to find yourself in the middle of a fight.

I first got on the Protests last season at Silverton and was blown away by just how capable they were on big lines in deep pow. Then the pillows of Niseko showed me just how playful this ski is, and also that, with a bit of speed, the Protests can ski trees really well, too. But I wanted to get the Protest up on the ridge at Taos to get a better sense of the Protests strengths and weaknesses.

Taos picked up a fresh 8″ last Saturday night and was skiing great. But I already knew what the Protests could do in pow, so I waited to take them up two days after the storm to lap the ridge all day, trying to get a sense of the Protest’s limits.

On Zdarsky, huge, soft-ish bumps had formed at the entrance, and the Protests handled these mandatory turns through the bumps very well.

Billy Sol Trees, open sections of Niños Heroes, and bumped-up sections of Corner Chute all were fine. While this was a big ski to work in those Corner Chute moguls, the Protest’s tips are narrow enough that they don’t tend to slam into and deflect off of themselves or the bumps. For this reason, if I’m skiing steep, bumped up, tight trees off the ridge at Taos, I’ll take the quicker Protest with its smaller tips over one of my favorite skis, the Black Diamond Megawatt.

Keep in mind, we are talking about some very big skis here, so I don’t want to slip into talking about how “lightning fast” the Protest is. Rossignol S3s are super quick. What the Protest does in tight trees is make you forget exactly how much ski you have underfoot. I loved the Black Diamond Gigawatt in deep pow, but I rarely forgot about their size in tight trees, and I definitely didn’t love their massive amount of tail rocker in firm luge-style tracks among the birch trees. There, the Protests were definitely better.

It was a very warm day, and by the afternoon, Juarez was getting pretty sunbaked. The Protests were once again impressive as they didn’t get hung up in the crust, thanks again to their stiffness and shape.

OK, at this point, the review should be over. The Protest is clearly not a groomer ski. But whatever, we’ve come this far….

The Protest has very little sidecut, though Praxis actually increased the amount of sidecut on the Protest a touch this season and keeps the change for 12/13.

On anything soft—even soft groomers—the Protest does just fine. But you are definitely not on a frontside carver.

The Protest is not a one-ski quiver (several rabid Protest fans likely just read that and ran off to mail a pipe bomb to me), so if you’re going to pick up a Protest, it would be good to have access to something else for hardpack days. Groomer performance is okay, but this is a ski that isn’t attempting to optimize groomer performance (though, as mentioned, Praxis increased the sidecut slightly on the Protest to enhance its carving ability.)

The Protests don’t inspire complete trust on groomers, but if the groomer is the least bit soft, they are happy to let you open things up quite a lot—you’re just not likely to be laying down high angulation carves on these. (Did I mention that they’re 128mm underfoot???)

So if you love your race skis and believe that “skiing” and “carving” are synonyms, and you really just want a fatter race ski for deeper conditions, look elsewhere.

I’m not sure how or why the Protest got named the Protest, but let’s just make up a story that says that Praxis wanted to protest the racer / carver bias in skiing, that all skis must first and foremost accommodate this specific aspect of the sport—even if we’re talking about designing a tool that excels in deep pow, far from race courses where crews scramble to remove snow that has fallen on and sullied the course. (On this bias in ski design, take a look at Kevin Bazar’s “Protesting the Backcountry,” where he speaks to the design of the Protest and other unconventional shapes.) Carving is great and beautiful and fun; but it’s not the only way to experience or move down a mountain.  [/endrant]

So what 125mm underfoot (or fatter) skis are better on groomers? The Black Diamond Megawatt and (impressively) the Black Diamond Gigawatt come to mind. Both have far more conventional shapes than the Protest, with huge shovels that give way to relatively traditional sidecut dimensions. (In other words, leaving aside their rocker profiles for a minute, the dimensions are closer to that of a race ski that has been fattened up to handle deep snow, and both do that very well.)

The Protest handles its business in an opposite fashion. Instead of enormous shovels, the Protest goes with small tips and tails and keeps the bulk of the ski underfoot, providing an excellent swing weight, and making life easier to negotiate huge bumps and tight trees, as I noted above. I’m not spinning on these, but I would rather throw 3s on the Protest than on the Megawatt or Gigawatt. So, as always, there are tradeoffs. The Protest is not a ski that was designed to achieve groomer nirvana. You might not carve perfect turns on the Protest, but they can certainly handle speed on groomers.

We get on a lot of skis around here, from big, century-old companies, to tiny, recent upstarts. And of all the skis I know, the Praxis Protest gets my ‘Flying Under the Radar’ award as the best ski that not nearly enough people know about. The Protest is an exceptionally well built ski that perfectly achieves its intended purpose. 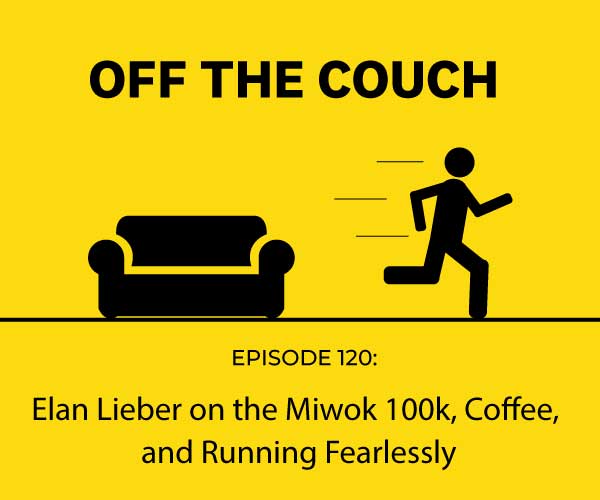