The Maestrale RS has a nice progressive flex pattern. It starts rather soft and ramps up to be pretty stiff deep into travel. The flex actually reminded me quite a bit of a Raichle Flexon / Full Tilt boot. I have not skied a Full Tilt in a number of years, but I would approximate the Maestrale RS as comparable to an “8” tongue.

The Pro Tour liner (and all tongue Intuition liners) is softer flexing than an Intuition PowerWrap and other more alpine-oriented liners, which in my opinion leaves a little room to bump up the stiffness of the boot off the top and increase the overall power of the boot, should you wish to do so. If you are looking to run the Maestrale RS inbounds a good bit, or are a big, heavy cat on stiff skis, it might make sense to replace the stock Pro Tour liner with a stiffer liner that can generate more compression on your foot and bump up the stiffness. But as a dedicated backcountry setup, the stock liners are about perfect—smooth forward, and smooth striding.

The ski mode of the SCARPA Maestrale functions flawlessly. The walk mode locks completely and gives a nice rigid connection between upper and lower shells. There is no perceived play or tick in the shell. I would call it comparable with the Tecnica and Dynafit offerings, and in stark contrast to some of the lower-tech walk mode solutions out there, like the Lange XT.

The Maestrale and Maestrale RS both have massive stride, equivalent with the Dynafit Vulcan, Mercury, and TLT5, which all have the largest range of motion on the market, and about twice as much ROM as a Cochise or Titan.

That said, I am convinced that having massive stride ROM is a bit of a marketing straw man—either you have enough ROM for your skinning style, or you don’t.

There are two general skinning styles; one requires a bit more ROM than the other.

I tend to tour farther up on the ball of my foot, with my boot stepping almost directly below my knee cap—a similar form to that of a trail runner—and then striding forward off that plant, bending into the boot, and using the rebound from the shell to drive my next step. Because my tibia is generally not much past vertical, I am not particularly sensitive to ROM, as long as the boot actually moves past vertical. I have never had an issue with any Dynafit Titan or Cochise, and the Maestrale RS has more than enough for my needs.

For folks that tour on steep, more hard-packed skin tracks, I can very much see this large ROM being useful. As you stride forward, you tend to weight your heels, which are out in front of your knee, and use ankle flexion and contraction to move forward. This style serves to maximize skin-purchase on steep, firm snow.

Obviously, there is no downside to owning a boot with more ROM than you need, but using this as a primary purchasing motivator—which plenty of people coming to backcountry skiing actually do—seems a bit silly to me. The Maestrale is not trying to be a stiff, four-buckle overlap race boot in the way that the Cochise range from Tecnica is. The Maestrale offers a different ride. It’s built to offer a smooth and responsive ride that can hang with the top performing three-piece Cabrio boots on the market. It is less about driving the shovels and being forceful (the way a four-buckle overlap boot likes) and more about fluid turns and using angulation and leverage to bend the ski.

The Maestrale RS is much more laterally rigid than the original Maestrale; nearly as rigid as the stiffest boot in the class, the Dynafit Vulcan; and certainly as laterally rigid as the Dynafit Mercury. This lateral rigidity is far more important than the fore-stiffness of the boot, but, that said, the RS is at least as stiff as the Mercury boot, and about 10% softer, give or take, than the Vulcan.

The Maestrale is a great boot that has flown under the radar a bit. It is very responsive laterally, has a beautifully progressive flex pattern closely modeled after the finest three-piece boots ever made, has a very well executed walk mode, and, to top it off, comes in at a very attractive weight.

If you are a fan of three-piece Cabrio-style boots, the Maestrale RS deserves a serious look. It can hang with the Flexon off-spring in ski-ability, but with a more modern and anatomical internal shape.

It does seem a shame to me that the boot is limited to AT bindings only, as it would make a very competitive crossover boot otherwise. 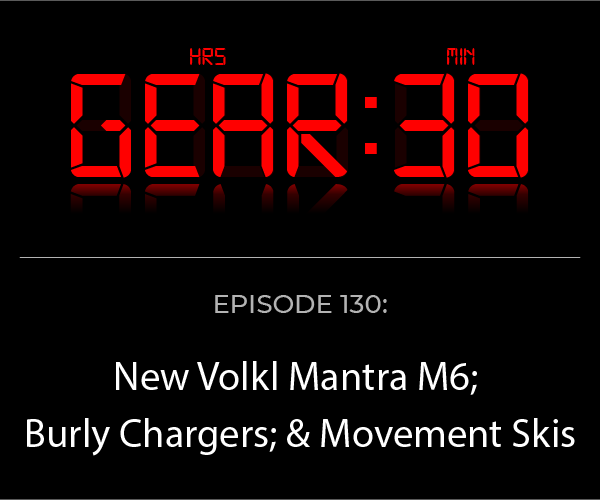