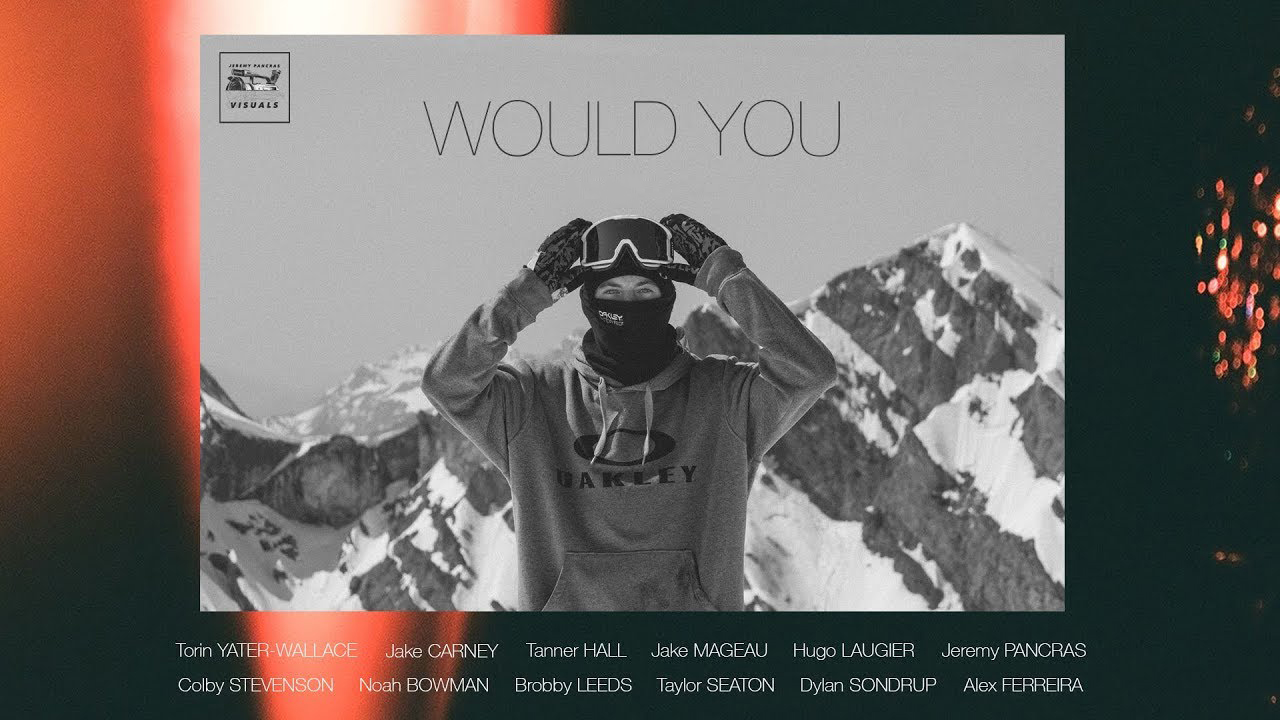 On October 7, 2017, freestyle skier Jeremy Pancras broke his back in a big-air competition. This catastrophic injury led to a successful surgery, but also a painful and tumultuous recovery period. Instead of dwell in self-pity and doubt, Jeremy decided to turn the experience into a positive one. The result is “WOULD YOU,” a film that focuses on several skiers who are currently at the top of their game, and what they’re willing to go through in order to participate in the sport they love.

Now, plenty of people have analyzed this concept and ski movies are filled with seemingly shallow soundbites about what skiing means to an individual. But where I think WOULD YOU sets itself apart is in its broad approach, the people Jeremy involved, and the insane skiing throughout the film.

From up-and-comers like Jake Mageau and Jake Carney to established legends like Tanner Hall, WOULD YOU offers several unique takes on why people choose to sacrifice their well-being in order to slide around on snow.

Of all the ski movies and edits I’ve seen this year, WOULD YOU is one of my favorites. The entire film is certainly worth a watch, and there are some incredible stand-out segments from Torin Yater-Wallace, Jake Carney, and Pancras himself. Check it out below: