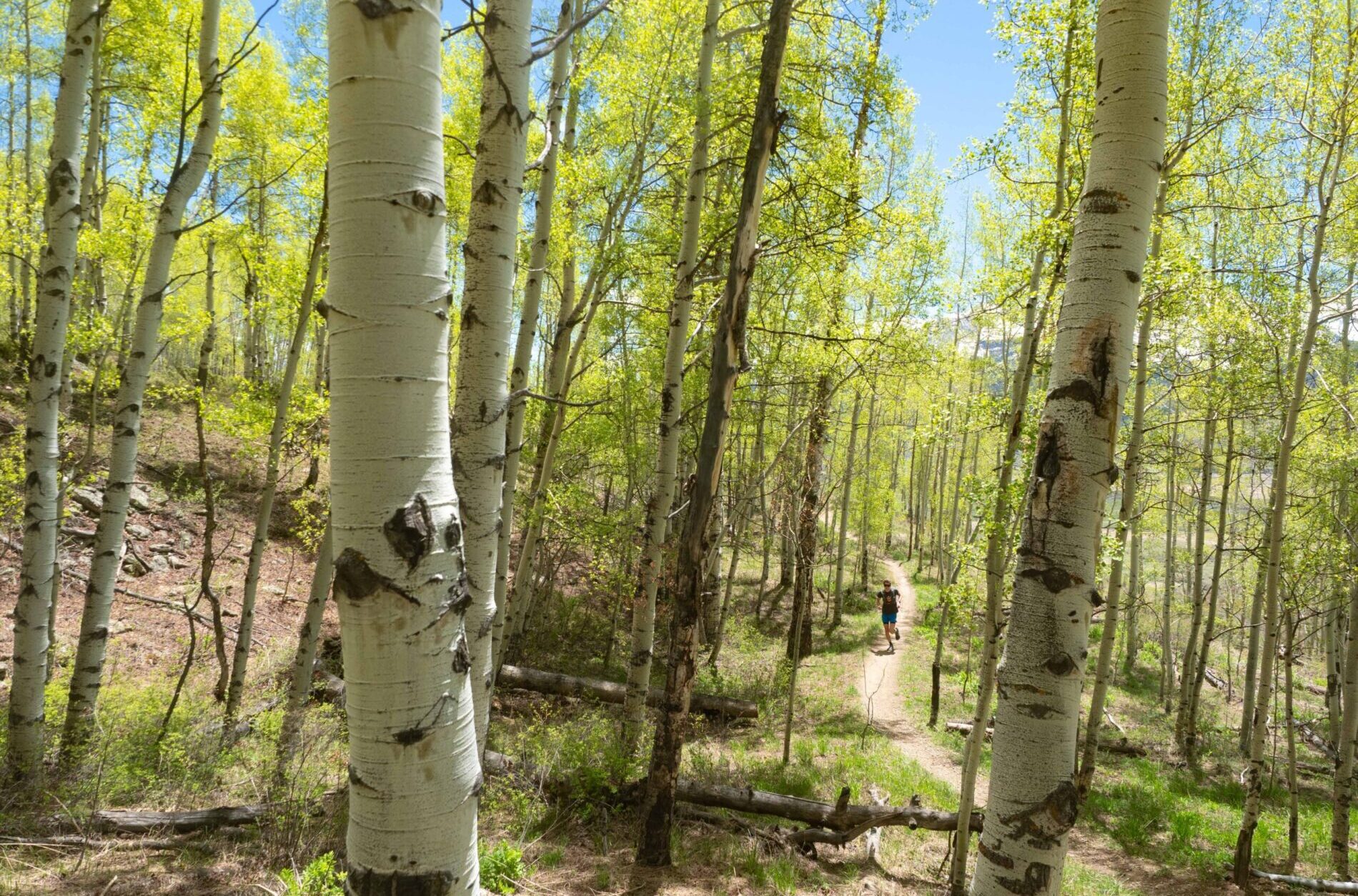 Like any colorful sport, trail running swells with its own vernacular — colloquialisms, acronyms, portmanteaus, and descriptive shorthands wielded casually by its participants in passing. These turns of phrase communicate meaning, but in a different sense, they also act as an inspired way to add contours to trail running’s culture. Grasping their definitions, and the contexts in which to appropriately use them, becomes a form of initiation not unlike picking up a local dialect. Navigating trail running’s native language can be isolating for those not in the know, an experience the sport aggressively pushes back against. Ripe with eccentricities and full of eccentrics, trail running generally strives to be an inclusive, welcoming form of outdoor recreation that can be enjoyed by all; there is no outside.

So for the fourth installment in our Trail Running Glossary of Terms series, we’ve put together a list of common expressions / phrases that covers some of the lingo you might encounter out on the trails. This is just the first part and we’ll be adding more terms in future editions, so this list is by no means meant to be exhaustive. If you have any favorite pieces of trail running lingo not included below, we highly encourage you to leave them in the comments section.

Blow Up (v.) – Generally used in the context of a race or workout, “blow ups” typically occur when a runner overestimates their ability to hold a certain pace for a given period of time. The effects are similar to a bonk (see below), but result more from acute overexertion than poor nutrition. Some proven recipes for catastrophic blow ups include running your 5k PR in the first few miles of an ultra, sidling up next to members of the elite field on race day, and participating in just about any VK (Vertical Kilometer).

Example: “I looked down at my watch, worriedly realized I was 10 minutes up on course record pace, and, sure enough, a couple of miles later I totally blew up.”

Bonk (v.) – A bonk takes place when your body has burned through its available carbohydrate stores, usually as a result of improper or less ideal fuel consumption over the course of a long run. The effects of bonking can be calamitous, often stopping runners completely in their tracks and reducing them to the physical / psychological / emotional state of a sugar-starved toddler. Bonking can feel terminal, but it’s easily preventable (and reversible) so long as you continue to take in calories during exercise.

Example: “I ran out of food at mile 30 and heroically bonked soon thereafter, stumbling to the finish line like an inebriated fool.”

DFL (n.) – “Dead F*cking Last”; an acronym used teasingly to refer to the final finisher of a race, a position ironically coveted in some ultramarathons for having spent the most amount of time on course.

Example: “Have you seen who else is running that race? I’m going to finish DFL for sure.”

DNF (n., v.) – “Did Not Finish”; when a race goes sideways and you’re forced to drop out, whether that’s voluntarily or meted out as a punishment for a rule infraction like accepting aid outside of a designated aid station, shortcutting the course, or failing to meet cutoff times.

Example: “I bonked on, like, such a cellular level that I had no choice but to DNF.”

DNS (n., v.) – “Did Not Start”; for whatever reason (e.g., sickness, injury, transcendence, kidnapping), you failed to make it to the starting line.

Example: “I DNSed that race because, well, someone locked me in one of the port-a-potties by the start line as a deliberate act of sabotage.”

DOMS (n.) – “Delayed Onset Muscle Soreness”; a throbbing in the legs that can last several days after a hard run. While not considered an injury, DOMS can definitely keep runners sidelined. Some common ways to combat its symptoms include rest, ice, compression, and massage.

Example: “Once the DOMS set in, haplessly, I reconciled myself to the couch for the weekend”

Door-to-Trail (n.) – The distance / time between your front steps and the closest trail. Also commonly referred to as “Time to Dirt,” this measurement is often a priority for trail runners looking to relocate.

Example: “Crested Butte is pretty rad, man; I can go door-to-trail in under a minute.”

Example: “I’m trying to organize a local Fat Ass next weekend; it will definitely incorporate a ton of climbing, and beer.”

FKT (n.) – “Fastest Known Time”; a burgeoning genre of competition within the trail running world (and beyond) that has undergone a rapid rise in popularity since the beginning of the pandemic, FKT refers to the fastest recorded time on a pre-established route. Attempts can be made in supported, unsupported, or self-supported styles and range in scale from mere miles to massive undertakings, like the Pacific Crest Trail and Appalachian Trail.

Example: “My most prized FKT? From the couch to the fridge, brother.”

Fuel (n.) – A synonym for calorie-containing substances ingested during a run (e.g., energy bars, gels, chews, and drink mixes). Fueling strategies are a hotly contested topic, and despite zealots from different camps championing their approach as the “right” way, running nutrition varies from person to person. Find out what works for you and stick with it.

Gut Bomb (n.) – When all of the different sugary nutrition products you’ve ingested over the course of your run conspire to blitzkrieg your stomach, creating an incredibly volatile situation characterized by intestinal discomfort, bloating, and/or cramping. More often than not, the end stage of a gut bomb includes a panicked scramble to find the nearest bathroom. Learn more about strategies to avoid gut bombs in our conversation with Tailwind Nutrition’s Co-Founder, Jeff Vierling.

Example: “All of the Mountain Dew: Code Red in my system is currently in revolt, readying itself to set off quite the gut bomb. I feel dreadful.”

IPOS (phrase.) – “Injured Piece of Sh*t”; an acronym routinely used by the author, referring to yourself as an IPOS is a self-deprecating attempt at pity, a way to normalize running’s stratospheric injury rates.

Example: “You better ease up on those junk miles or you’re going to spend your summer on the couch, like an IPOS.” 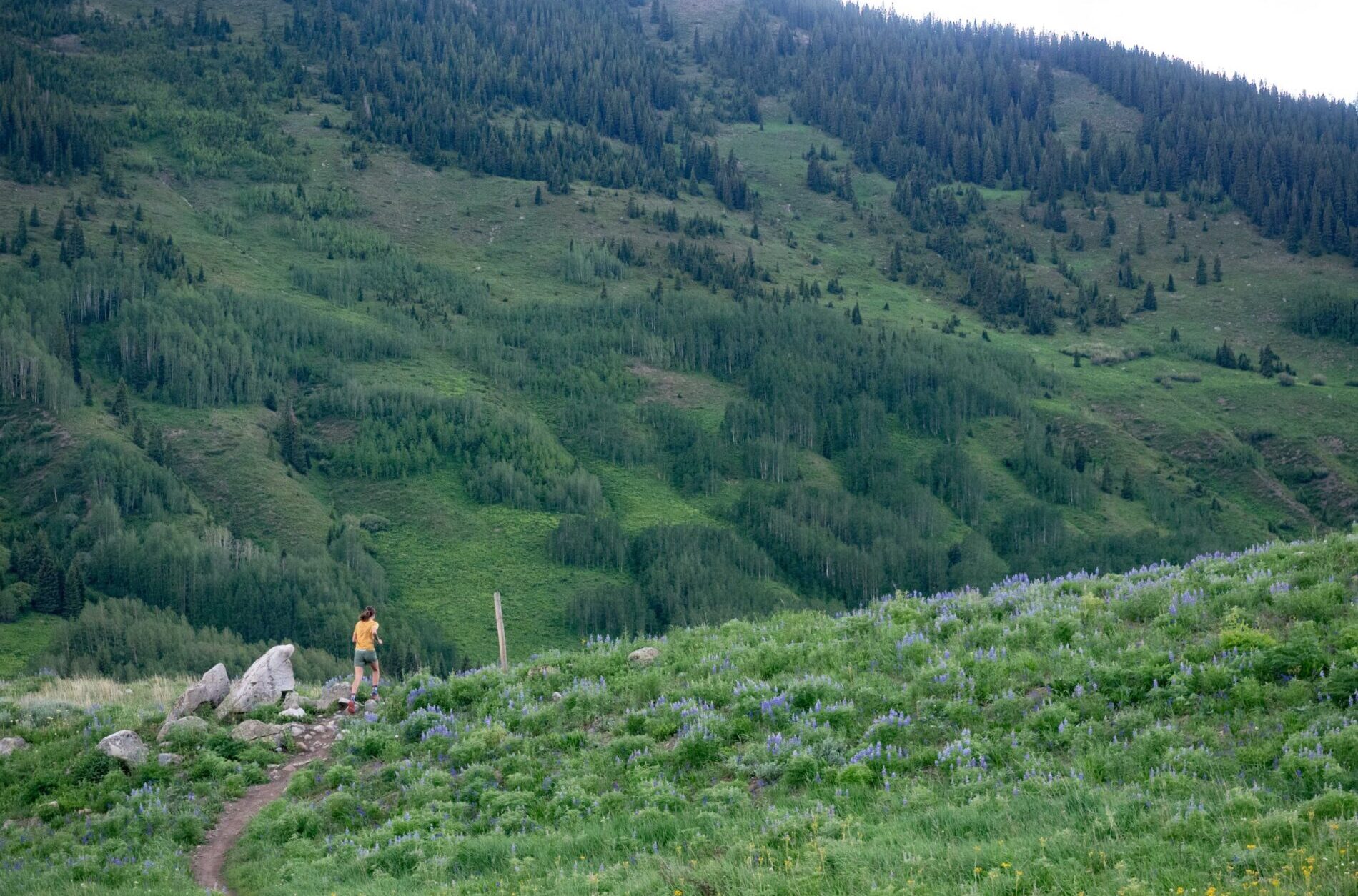 “It Goes / Doesn’t Go” (phrase.) – Reserved for off-trail exploits, the question of whether or not something “goes” relates to route-finding. Lines that offer reasonably safe passage up or down a peak, across a ridgeline, etc. are said to “go,” whereas dead-ends in the form of cliffs, steep snow fields, or treacherous down climbs can be deemed not to “go.”

Example: “I think it goes? You said you rock climbed a few times in college, right?”

Junk Miles (phrase.) – Similar to heavily processed food, junk miles, or unnecessary runs that fall outside of a training plan, provide little value and, with frequency, can lead to overuse injuries. Junk miles often serve the purpose of padding stats, such as hitting a certain mileage goal for the week. It should be said that some training philosophies value every mile run as valuable, writing off the concept of junk miles entirely.

Example: “You don’t need to be running twice a day, those are just junk miles anyway”

Kick (n.) – A closing crescendo of speed as one approaches the finish line. While more common on the track than during ultramarathons, which are not known for their sprint finishes, runners unleash their final kicks in the closing meters of a race. Like a boxer known for their thunderous right hand, having a notoriously fast kick can grow into a reputation.

Example: “See that runner in lane 1? Rumor has it she has the fastest kick in the West.”

Lollipop (n.) – A route that takes on a lollipop shape when charted on a topographic map. Lollipops differentiate themselves from standard out-and-backs by adding a loop at the top of their stem. Because sections of a single trail are repeated, lollipop routes can reduce the chance of getting lost, making them good options for runs in unfamiliar areas.

Example: “I think the race course is a lollipop, which means we’ll hit this aid station again on the way back.”

Loop (n. adj.) – The logistics of putting on a race that can stretch for over 100 miles through remote backcountry settings can be tricky, requiring immense resources to ensure proper course marking and regular aid stations (not to mention permitting). As a way to lessen the strain on race organizers, many races adopt looped courses to reduce the overall area they’re responsible for.

Negative Split (v.) – In a general sense, to negative split a trail race means to have run the second half faster than the first, though the term can also be applied specifically to sections of trail run more than once during an event, such as a climb on a looped course. Though it sounds disadvantageous (and painful), negative splitting is usually a hallmark of efficient pacing, especially for longer-distance races like 100-milers.

Example: “Sure, I vomited for most of that race, but once I stopped, I was at least able to negative split the back half.”

Niggle (n.) – A way to refer to the seed of a true injury, niggles are minor aches, pains, and/or physical gripes that can generally be endured and run through. However, if ignored for too long, niggles can turn into serious setbacks, sidelining runners indefinitely. The best way to prevent that from happening is to address them when they first arise.

Example: “It’s not just a niggle anymore when putting weight on your foot reduces you to tears.”

Example: “This summer I’m planning to set the SKT on the John Muir Trail, which means bringing copious amounts of solid food, taking plenty of naps, and otherwise enjoying my time out there, unlike you lot of masochistic ultrarunners.”