Over the past few years, I’ve started seeing more and more riders on the trail without gloves.

I did get tired of tearing the thin palms, tired of losing one somewhere in the washing machine / dryer black hole, and very tired of them falling apart when working on trails. But they stayed a part of the necessary equipment list. Even cheaper mechanic’s gloves with the same faux suede palms still came with annoyingly frequent 10-20 dollar purchases.

I then moved to a very dry summer environment where it takes about 5 minutes for your hair to dry after a lake swim, and after all the rock moving; swinging picks and shovels; grabbing camera equipment; and messing with all the fiddly little crap on bikes all the time, I stopped thinking gloves were so vital on anything other than my XC bike. Forty second dirtjump lines and 10 minute DH runs certainly didn’t warrant them.

Besides, my hands quit being pretty in my teen years from far too many gravel encounters while skateboarding, and I never found gloves to offer any kind of protection beyond superficial scratches anyway. So the protection front always seemed kind of funny to me, considering how pinner most bike gloves are.

You could buy some overpriced carbon-plated thing, but it seemed like the palms always blew out before the one or two instances occurred where those plates would’ve actually done you some good. For me, gloves have always been a way to deal with wet, sweaty palms, and not much else.

Before I go on, let me state this: you guys in ridiculously humid environments, the grips I’m about to discuss will not change the fact that you live in a ridiculously humid environment. Going gloveless on any sort of bike that you spend lots of time on will still leave you with slippery, slimy grips. For DH riding and dirtjumping, sure. There are some grips out there that are really good on bare palms, but none of them are magic.

With that caveat, here is a list of four of the better grips out there that I’ve used for at least a full season on various bikes. Back in the 80s, ODI put something out that still influences a lot of today’s good ‘gloveless’ designs: the Mushroom… 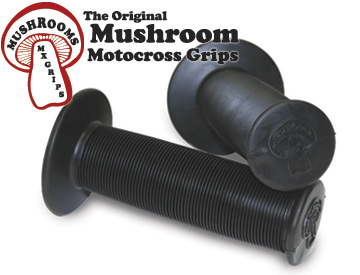 …and all of the grips I’ve listed here are some sort of variation on the mushroom pattern. ODI was onto something back then, but there have certainly been some refinements, most notably in the profile of the grip beneath the ribs.

I’ve ridden a lot of other grips while wearing gloves (Ruffians, Rouges, some Lizard Skins things) and none of them function under bare palms like the following four grips do: 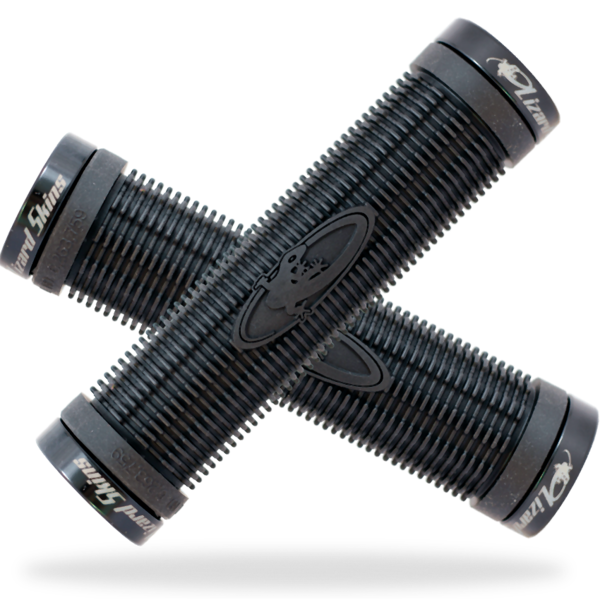 I ran these for a few years on my DH bike and dirtjumper. The ribs have little notches or low spots in them so when they’re crushed under your hand, you still get some voids that don’t contribute to smothering your skin. I’m not going to pretend there’s any air circulation in there, but it does hold off the sweat for a little while since there’s not as much material pressing on your hand, suffocating your pores.

They work really well with gloves too when the sky opens up and wants to rain on your parade. The outside of the ribs forms a pretty thick diameter, but once those ribs are crushed, the hard base diameter is pretty thin (which I like).

I really liked these on the two bikes I kept them on, but the little notches actually start to slide around a bit on your palms once they get really greasy. I wouldn’t throw these on a trail bike.