We covered some basic concepts and definitions in our first Suspension 101 article, so you should now know the difference between a full suspension and a hardtail, and you should have a pretty good sense of the amount of travel you want in your bike.

Now we delve into suspension design, and how different companies try to achieve the “holy trinity”—how to make a suspension system that (1) absorbs bumps, (2) isn’t affected by braking, and (3) lets you pedal uphill without wanting to kill yourself?

In an ideal world, suspension would smoothly absorb all bumps, without being affected by drivetrain forces or braking. In reality, no such thing exists—all suspension designs are a trade-off of these three goals.

Over the years, there have been all kinds of interesting suspension concepts out there that try to achieve a good balance of the three ends. These days, however, there are a relatively small number of designs that make up the vast majority of the market.

Most suspension forks have a fundamentally similar design these days. Essentially, they’re telescoping tubes with a spring inside.

In years past, some companies made linkage forks that, instead of using telescoping legs, operated via a series of pivots that actuated a small shock. (Google the Girvin Vector for one of the more common examples). Linkage forks, while offering a few benefits, have pretty much gone the way of the Dodo.

The vast majority of modern suspension forks are “upright,” meaning that a smaller diameter upper tube (the “stanchion”) slides into a larger diameter lower tube (the “lowers”).

There are a few companies making inverted forks, meaning that the stanchions slide up into a larger diameter upper tube (the Manitou Dorado is the most common example of this).

By using larger diameter tubing at the top, the inverted forks gain fore-aft stiffness. This also keeps the suspension movement smooth since the added stiffness helps prevent the telescoping tubes from flex-induced binding.

But the trade-off is that inverted forks tend to be much less stiff torsionally. This means that the front wheel will deflect much more easily because the fork has a more difficult time holding the wheel straight.

Arguments about which design is better fill hundreds of pages of internet chat rooms, but of the two major fork manufacturers (Rockshox and Fox), Rockshox makes only one inverted fork (the XC-oriented RS-1) and Fox makes only upright forks. So for now, at least, it seems that the upright fork advocates are winning.

Like forks, most rear shock designs are fundamentally similar. But there are quite a few frame designs on the market today that use different configurations to actuate the rear shock.

At the most basic level, rear suspension involves one or more pivots that (1) allow the rear wheel to move up and down, and (2) push on a rear shock.

But the location of the pivots and the manner in which the frame pushes on the rear shock are the subject of plenty of debate.

There are basically three goals of rear suspension:

(1) The suspension needs to do a good job of absorbing bumps.

(2) The less that pedaling forces affect suspension, the better.

(3) Braking shouldn’t affect the suspension, either.

There are a few other considerations such as weight distribution, but in this broader discussion, those considerations are secondary to the three basic suspension goals.

In a perfect world, suspension movement would achieve all of those goals. In reality, no such technology exists. But there are several frame designs that aim to strike this balance.

An in-depth explanation of each concept would get quite long, but here’s a quick rundown of what’s out there and the pros and cons of each. Keep in mind that this is a very generalized discussion, and there are quite a few variations on each of these different designs.

High Single Pivot (example, Santa Cruz Heckler). A single pivot that is usually a few inches above the bottom bracket (often lined up with the outer edge of the largest chainring).

Pros: It does a good job of absorbing large bumps; no patents on the design (and therefore less expensive to build).

Cons: The suspension gives noticeable feedback in the pedals; not great under braking.

Linkage Driven Single Pivot (example: Kona Satori). The rear axle is on the chainstay, meaning that, as the suspension compresses, the rear wheel travels in a circular arc around a pivot location that’s usually just behind the bottom bracket. The shock is compressed via a series of links and pivots.

Pros: Decent bump compliance; no patents on the design (and therefore less expensive to build).

Cons: Not an efficient pedaler; some braking feedback.

FSR link (example: Specialized Enduro). Rear axle is on the seatstay, with a pivot slightly in front of and below the axle. Similar to the linkage driven single pivot, the FSR link has a modified axle path that leads to slightly better bump compliance and better braking abilities.

Cons: Not a very efficient pedaler.

DW Link (example: Pivot Firebird). A rear triangle, without pivots, is connected to the front triangle by two links that move in the same direction, one in the vicinity of the bottom bracket, one higher up on the seat tube, essentially making a parallelogram.

Cons: Bump compliance isn’t quite as good as some other designs; patented design means it’s more expensive to build.

VPP (example: Santa Cruz Nomad). Similar to the DW link, except that the two links connecting the front and rear triangles move in opposite directions (i.e. one swings backward while the other swings forward).

ABP / Split Pivot (example: Trek Fuel). Trek puts its “ABP” design on most of its full suspension bikes. Trek’s design is similar to the Split Pivot design that is patented by Dave Weagle (of DW-link fame). Both designs incorporate a pivot that is concentric to the rear axle.

Pros: It has the good bump compliance of the linkage driven single pivot, but it does much better under braking.

If you’re all clear on the different approaches to suspension design and are interested in fine-tuning your ride, read on to the next article in our suspension series: Suspension 201: Anatomy of a Suspension System. 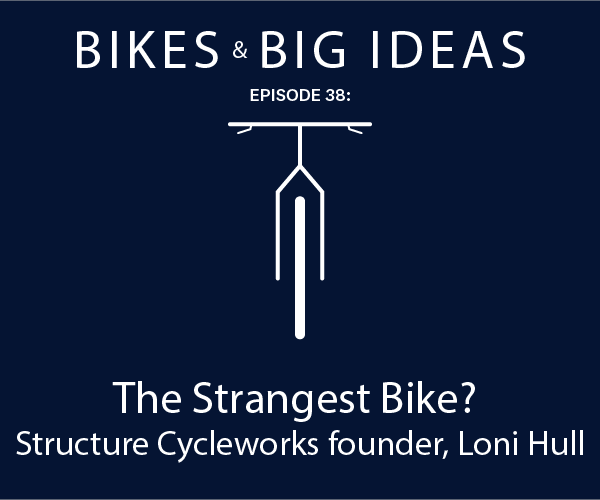