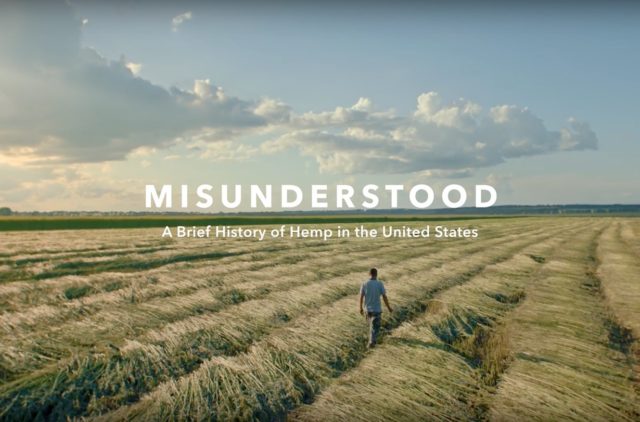 Hemp has a long, complicated, and evolving history — particularly in the U.S.

Called the “plant of 50,000 uses,” hemp used to be a staple crop in the U.S. but, once it was grouped in with its close genetic relative, Marijuana, became outlawed in the U.S.

Now with the passing of the Farm Bill, industrial hemp has the potential to make a resurgence, and that’s a pretty big deal. Because there’s a lot more to this plant apart from the fact that it looks like weed. From CBD oil to fabric to fuel to insulation to building materials to chemical uptake in soil, there are a lot of potential uses for hemp.

To shed some light on hemp’s past, present, and arguably very important future, Patagonia created a short film called “Misunderstood | A Brief History of Hemp in the US.” As someone who’s spent a lot of time learning about textiles, I found the film extremely interesting, but I think anyone who’s curious about hemp, why many people think it’s important, and the myths and misunderstandings surrounding it, the film is well worth a watch.