I’ll keep this one short and sweet — we’ve got a whole lot of great videos this month, and it’s dumping snow in a whole lot of the Western US — including Mt. Crested Butte. But if you need a little extra nudge to get fired up to head outside, or could use something to while away your New Year’s Eve hangover, we’ve got you covered.

And if you need even more stuff to watch, check out all of our previous video roundups. Happy New Year, everybody. 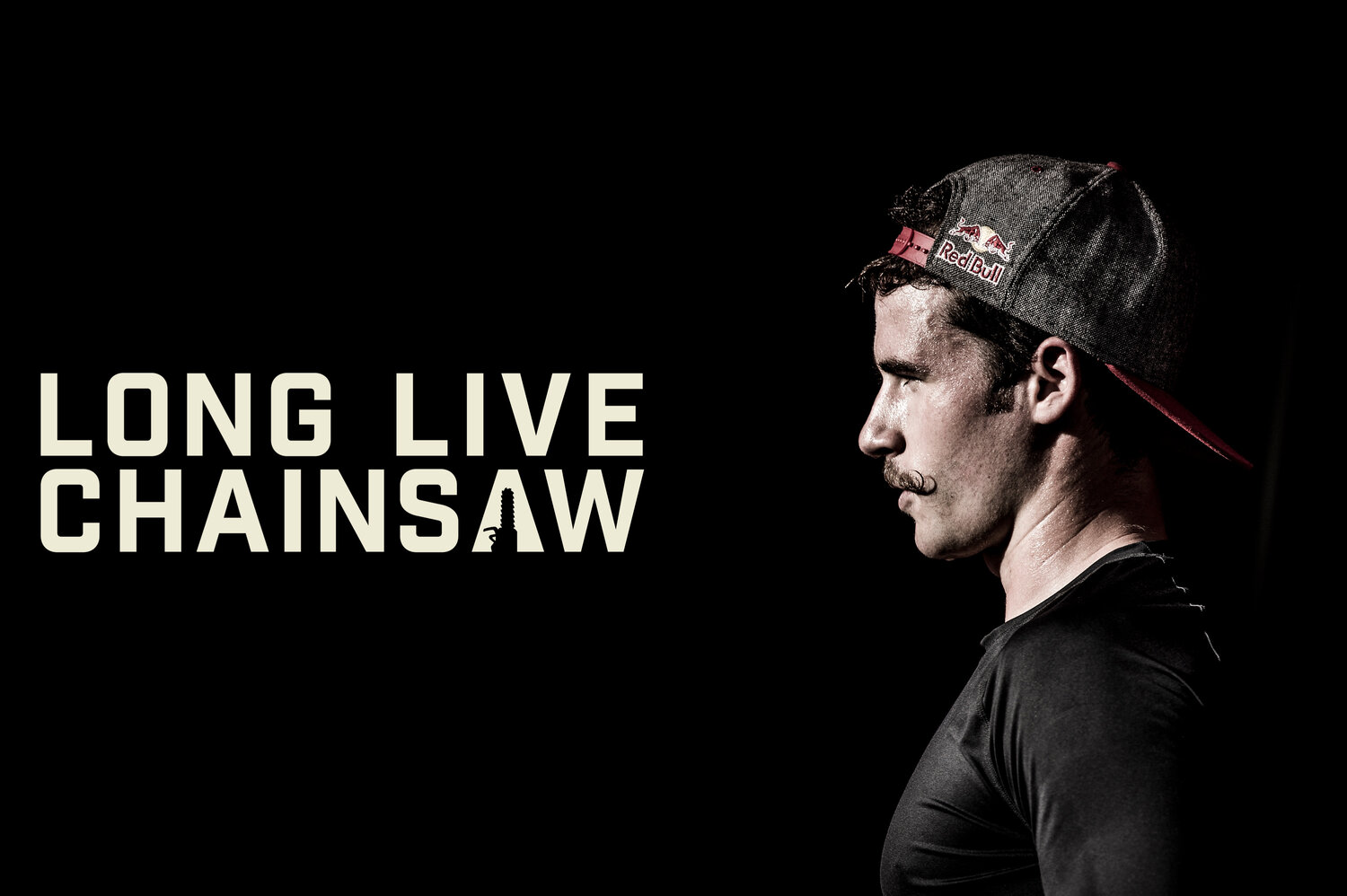 David Golay: You’ll need to pay a few bucks to rent or buy Anthill’s feature-length film on the life and career of Stevie Smith, but it’s absolutely worth it.

Much of the film is devoted to his battle with Gee Atherton for the 2013 World Cup Overall title, but it starts with his hardscrabble upbringing to a poor single mom on Vancouver Island, his start in BMX racing, and his memorable film segments — beginning with Seasons, in the classic segment featuring his mom shuttling him on his home trails — as he rose through the DH ranks and became a household name.

The portion of the film that deals with his death in 2016 is predictably wrenching, but beautifully done — it makes crystal clear just how much Stevie meant to both his friends and family, as well as the next generation of Canadian downhillers that he inspired — and leaves the viewer wondering what could have been, as Stevie was just coming back into form after a couple of seasons largely lost to injury. Most importantly, it shows Stevie as he was — a remarkably driven guy who nevertheless didn’t take himself too seriously, and most of all just loved riding his bike — and was fast as hell at it.

And while I won’t spoil it, the tribute to Stevie that comes near the end of the film is absolutely perfect — and had me simultaneously tearing up all over again, and smiling through it.

For good measure, here’s that Seasons segment, too:

David: The Picket Range in the North Cascades is notoriously inaccessible, but a tantalizing bucket list item for a lot of PNW skiers and climbers. Michelle Parker and Sam Cohen set out to ski the Northeast face of Mt. Fury, and the video they produced of the effort is both very entertaining and will give me pause next time I want to complain about an approach I’m on feeling like a slog.

Bonus points for Michelle’s excited cries of “CORN! CORN!!!!” as things softened up down lower.

David: The riding on display in Continuum is, unsurprisingly, outstanding, but the cinematography in this one might be even better. It’s a super creative concept executed to perfection, and packs a whole lot into just two minutes of runtime.

Luke Koppa: Yeah, from a filming, planning, and editing perspective, this one blew my mind. Tack on Brett’s fantastic riding, and it’s up there for one of my favorite bike edits of the year.

David: Danny MacAskill’s videos always have a super lighthearted, fun vibe to them, and this relatively bare-bones edit of him playing around in his yard during Covid lockdown is no different. The format is simple — just Danny, a few bikes, a bunch of pallets, and a few other odds and ends for him to ride on and over — but his riding is on point, as always, and he makes a great video without much setup or space to work with.

Luke: The third and final Strictly film of this year comes to us (primarily) from Gavin Rudy and Ethan Swadburg. Compared to Strictly’s Most Gutter and Wildcard, August Light (Have a Nice Day) is more free-flowing and relaxed, and I love it.

Overall, this is just a really nice watch. The mellow vibe of the film can at times make you forget how gnarly, beautifully executed, and/or nicely shot certain clips are, but that just speaks to how well this film blends an approachable feel with stellar stunts. This’ll definitely be one I keep coming back to each year.

Luke: Sammy has now made a habit of dropping an absolute banger of an edit each year, and his latest is no exception. It’s particularly interesting watching North of Now soon after watching Markus Eder’s Ultimate Run, since both make a case for being ski edit of the year (especially from a technical difficulty perspective).

Luke: If you like watching people ski really fast down big lines, you should definitely watch Yann Rausis’ new film. I’ve always enjoyed watching his runs on the FWT, and seeing him take that style to similarly intimidating mountains in much better conditions than are typical in a comp is a treat. The opening big-mountain section is ridiculous, and then its contrasted by a much calmer, but equally enjoyable (to me) spring skiing segment. Plus, the soundtrack rocks.

David: Yeah, this one’s awesome. There are few things I like watching better than hard-charging big mountain skiing, and the opening segment in From Source is outstanding. And as a bonus, it got me thinking about the Freeride World Tour getting back at it, so I revisited a couple of my favorite runs from last year, starting with Aymar Navarro’s insane full-throttle double in Verbier:

The latest is a longer-format episode, following Cody, Nick Russell, Dan Corn, and Bjarne Salen as they attempt to climb and ski Mt. St. Elias. It’s a heck of a goal, and Bjarne did an excellent job of capturing all aspects of the trip. Grab yourself a drink and enjoy this one.

Luke: Nikolai Schirmer’s YouTube videos are at the upper echelon when it comes to cinematography, editing, and skiing quality. His full film, WAVY, is excellent for all those reasons. I frankly get a bit worried watching some of his videos, but I do appreciate that he at least sheds some light on his and his crew’s decision-making processes. And if you’re less anxious than me, you’ll likely simply find this to be an excellent ski movie about sailing and skiing around Norway.

Luke: Similar to Long Live Chainsaw, I think this is a film that just about anyone reading Blister needs to watch. I first heard of Marc-André Leclerc in some Arc’teryx edit back in the day, but I and most people had no idea what he was actually getting up to. I guess the cheesy click-baity summary would basically be that he’s doing what Alex Honnold did in Free Solo — except on mixed-climbing alpine routes. It’s absurd. And a must watch.

Dylan: Admittedly, I had no idea who Marc-André Leclerc was before I watched The Alpinist. But, it is a beautiful, mind-blowing film that has you on the edge of your seat the entire duration. I’d recommend this to literally anyone, even if you have never climbed or even stepped foot in the mountains before.

Luke: This addition is definitely biased on my part, but this series is called “What We’re Watching,” after all, and I’ve already re-watched my friend’s film five times.

A little background: for the past couple of years, there’s been a fantastic amateur film festival held in Crested Butte’s Center for the Arts, dubbed the Sweaty Kids Film Festival. Anyone can submit a video, from kids shooting on their phones to folks with big fancy cameras. As of writing this, the 2021 version was held last week, and it was an absolute blast. It was just ridiculously cool to see this community rally around what the folks here are doing, whether that’s a film about mental health or a 1-min edit of whatever random clips you got last year.

One of my best friends, Andrew “Arnie” Arnold, debuted his film at this year’s festival, and personally, I think it’s fantastic. Over the past year and a half, Arnie has become seriously good at filming and editing, and despite the vast majority of the film being shot on a phone and GoPro, I’d say I got just as much enjoyment (or truthfully, more) out of it than the fancy productions this year.

No offense to the cast of characters who are also my friends, but this film won’t blow you away in terms of the riding level. Rather, it’s just about how fun it is to ride with your good friends throughout a season, and I think it does a really good job of showcasing that. I very much look forward to what Arnie comes up with in the future.

Also, another highlight from the festival was another friend, Josh Gallen’s, film, ½ Way There. It’s definitely not your typical snowboard edit, but I loved it, and it’s pretty incredible to me that Josh self-shot most of it with a tripod, and made all the music.