Mount Location: 2cm ahead of AM line

The Kästle XX110 West first came to my attention via text message from Blister’s editor-in-chief, Jonathan Ellsworth. It said something like, “Your new favorite ski might have just arrived.”

Immediately I thought, There is no way a ski designed by Colby James West would ever rule the entire mountain like the Rossignol Sickle.

When I think of Colby, I think of massive terrain park features, half-pipes, and comedic routines. While quality impersonations and hilarious skits are impossible to build into a ski, so too it seems are the components that must come together to make a ski that is intuitive in the air and on snow, and can effortlessly execute a full range of turn shapes in any terrain and snow condition.

Well, it turns out that I have to eat my own thoughts on this one, and give Colby West and Kästle a standing ovation. This ski delivers.

A first glance at the XX110 West actually reveals very little. When flexing the ski by hand, it feels fairly soft at the extremities, and firms up progressively as you work underfoot.

The sidecut runs the full length of the ski, bucking the trend of many current skis.

The dimensions might also catch you by surprise: 134-110-134. That’s right, symmetrical. Also symmetrical is the Rocker/Camber profile, which is very subtle with a little camber and long but low tip and tail splay. (See profile shots.)

Actually, the only thing that is not symmetrical about the Kästle XX110 West is the color of the swing-weight-reducing Hollowtech tips. Depending on your color preference, you can look at blue tips, red tips, or steeze yourself out with a red and blue tip. The choice is yours.

Reluctantly, I skied the first day with my boot center located at the “AM” line. This line is ~7.5cm behind the center mark line, and is apparently the “recommended” mounting location. I say reluctantly because, from experience, most symmetrical skis prefer to be ridden much closer to center, if not at true center.

With moderate snowfall and low visibility, I spent most of the day mixing up turn shapes either on groomed runs or just off trail around the Vulcano Lift.

Although it was snowing, the older snow on the ground had seen a string of warm days, then had refrozen. I was immediately impressed by how stable the XX110 West felt. The skis offered a very calm, reassuring feel carving on the variable snow (for groomers) and frozen conditions at speed.

To my delight, the skis also felt great at slower speeds, working the softer piles of snow on the side of the trail. Here I could easily work short- and medium-radius turns with minimal effort. The skis felt intuitive and predictable, and as the snow continued to fall, I couldn’t wait to get them off-piste and into some of Las Leñas’ famous terrain.

Day 2 brought that opportunity, and we started off again heading to the Vulcano lift. Before heading out, I slid the bindings as far forward as the demo tracks would allow, which was only about 2.5cm ahead of the AM line, still nowhere near center (~5cm back). On my way over to Vulcano on fresh groomers, I immediately felt like I was standing in a better spot on the ski. The 110 Wests felt more balanced, carved turns felt more natural, my stance was more neutral, and nose butters were now at least possible.

Heading straight to Pala de Volcano, we found 3-8” of fresh snow, some portions light and dry, some with a stout little wind crust. The terrain wasn’t overly steep, but the constantly changing snow conditions definitely kept my attention level high.

Here, the combination of the rocker and progressive nature of the flex started to really shine. The soft shovels worked well to keep the tips safely on top and help pull the ski through each turn. The firmer forebody and underfoot areas allowed me to stay confidently balanced and aggressive through each turn. As I gained confidence, I allowed myself to pick up speed and lengthen out turns all the way to the bottom. Even with only one run in challenging conditions under my belt, the skis were really starting to impress me.

With a clearing sky and a solid warm-up under our belts, it was time to get big time and head for the Marte lift. If there is one thing to know about Las Leñas Ski Resort, it’s that the Marte chair will bring you to the steepest, gnarliest, big-mountain lines you could ever dream of within a resort’s boundaries. 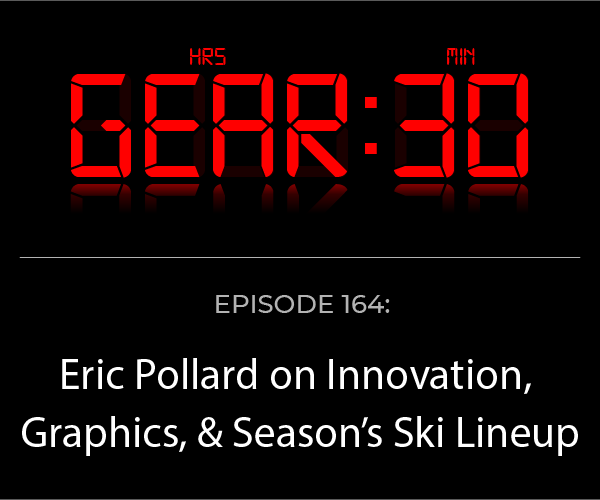