Which bike company is currently most like which ski company? And which bike and ski company do most other bike and ski brands secretly wish they could trade places with? Today, Noah Bodman, Jonathan Ellsworth, David Golay, and Eric Freson make parallels and analogies between these two industries to get a better sense of the current position, reputation, and trajectory of a bunch of different brands in these sports.

And we want to hear from you — where do you agree or disagree, and can you come up with better, more accurate analogies than the ones we’re proposing? Let us know in the Comments Section below, and then we’ll incorporate some of your answers into Part 2, which will air in a couple weeks. 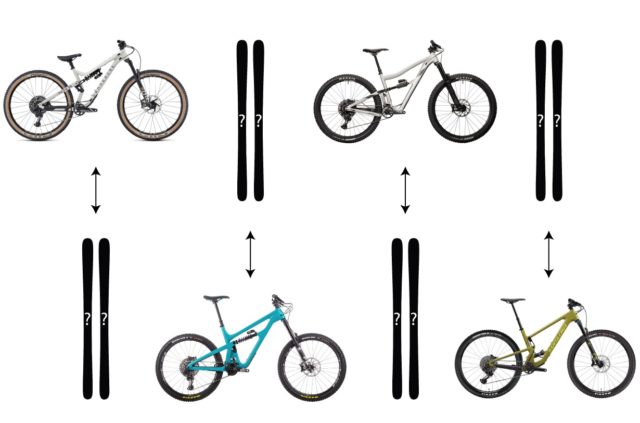