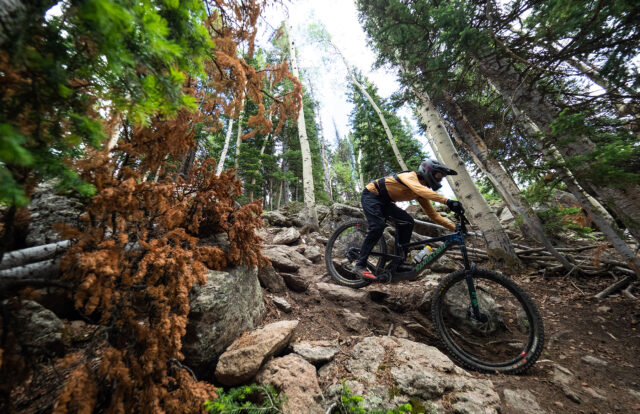 We’ve been testing a ton of bikes across the spectrum, from XC(ish) to big Enduro sleds, and we’ve got updates on a lot of them, plus some teasers for other things we’re cooking up. 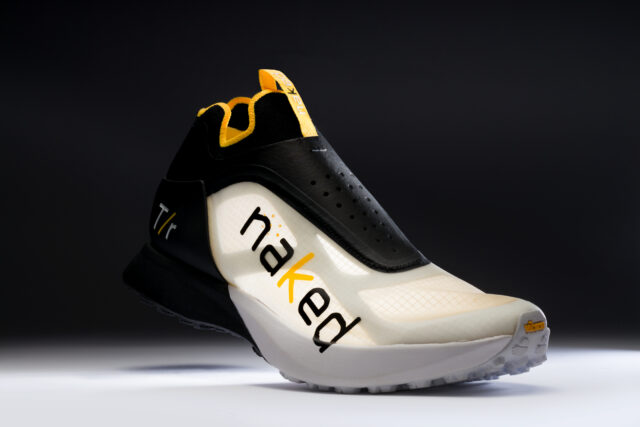 Naked Sports Innovations’ line of products has evolved a lot from the popular Running Band that started it all, and this month they announced plans for their first (laceless!) trail running shoe, the Naked T/r. So we sat down with Naked’s President and Co-founder, Lindsay Dakota, to break down their debut model and to talk about how the notion of “simplexity” drives their design process 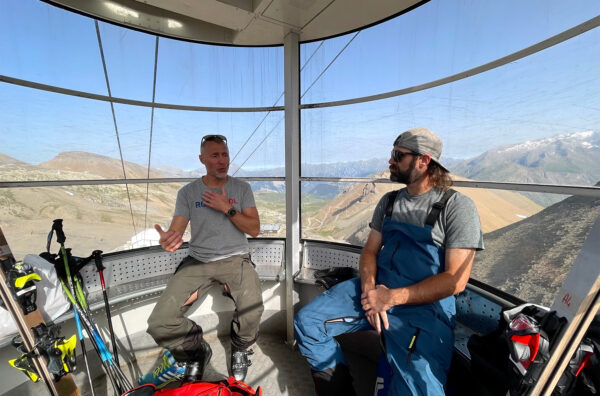 Few people spend as many days as we do testing skis on snow. But Rossignol’s AJ Kruajitch definitely does. So Jonathan Ellsworth spent a day at Les Deux Alpes going through AJ’s testing process, then talking with him and Jake Stevens about the similarities and differences in our approaches. 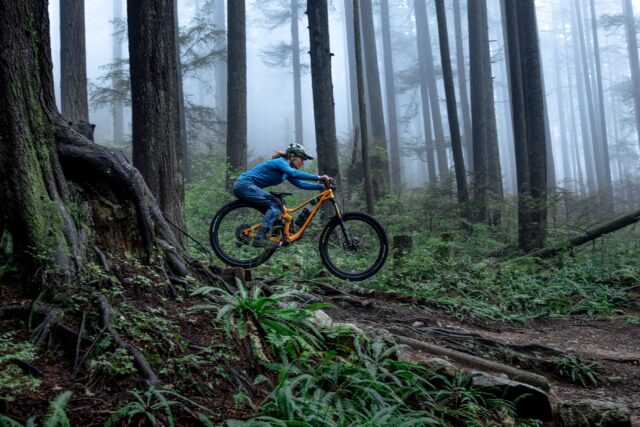 Few 45-year-old women were taking up mountain biking in the early 1990s, and even fewer are still riding the North Shore nearly 30 years later — but Betty Birrell hasn’t let that stop her, and at 73, she’s still getting after it. So we sat down with Betty to talk about what keeps her going, and along the way she shares some great insights on motivation, role models, and not letting the expectations of others slow you down. 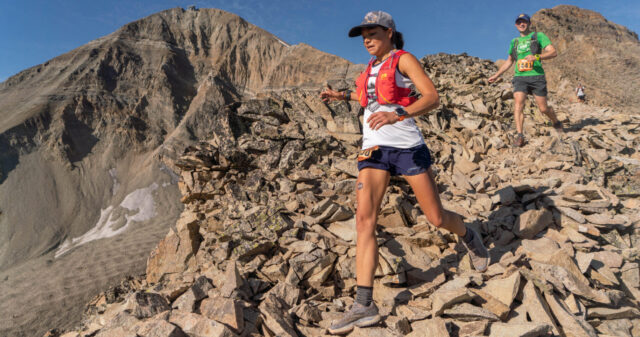 Ultramarathons are sometimes called eating competitions with a bit of running thrown in, and with so many different nutrition products and approaches at our disposal these days, it can be hard to know how to fuel properly. So, we talked to GU Energy Labs’ Nutrition and Performance Research Manager, Roxanne Vogel, about the ins & outs of eating on the run; how GU’s line of products fit into that equation; and much more. 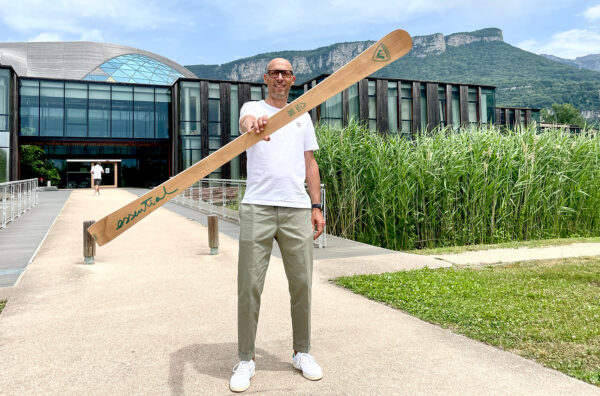 A recyclable ski? We sat down with David Bouvier to talk about Rossignol’s new “Essential” ski; discuss the origin of the project; the challenges posed by making the circular economy of a ski a priority; who this Essential ski is for; and how this project will influence other Rossignol products. 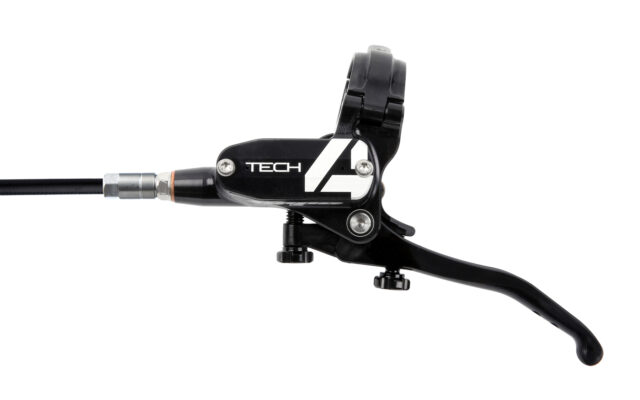 Hope’s new Tech 4 brakes got a big bump up in power, but there’s a whole lot more that goes into designing a brake than just turning that dial to 11. So we sat down with Hope engineer Sam Gibbs to talk about all of that; the tradeoffs that go into brake design; the new Tech 4 lineup in detail; and a whole lot more. 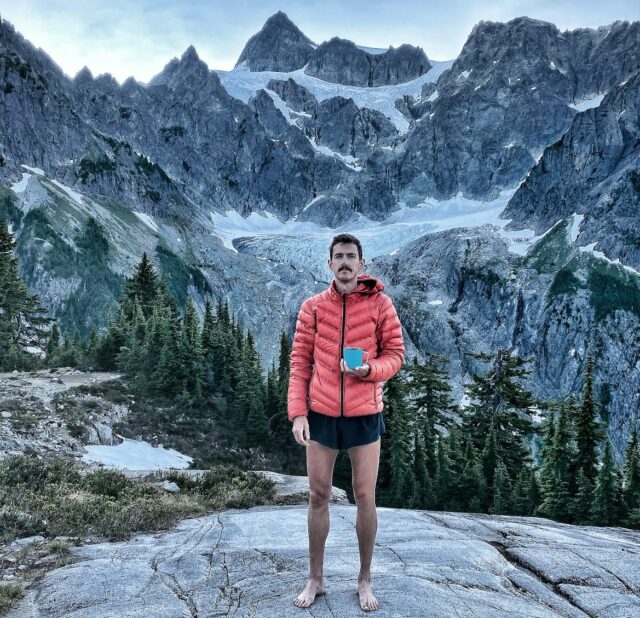 David Laney was already running 5 to 6 days a week by the time he turned 10, and has run professionally since bursting onto the trail scene in the early 2010s. He recently left his longtime sponsor and joined a relatively new player to the trail space in Craft Sportswear, and soon after doubled down with a full-time marketing job with them as well. So we talked to David about how it came about, what to expect from Craft Footwear, and much more — including, his signature ice bath routine, adventuring in the North Cascades, and running 100 miles for charity. 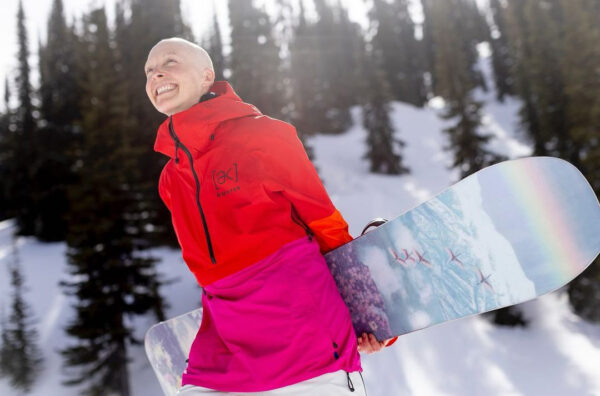 Kimmy Fasani is a pioneer of women’s snowboarding, mother, partner of Chris Benchetler, and (among other things) someone who has been dealing with a breast cancer diagnosis. So we checked in with Kimmy to talk about how she’s doing, what she’s been learning, and what we can learn from her. 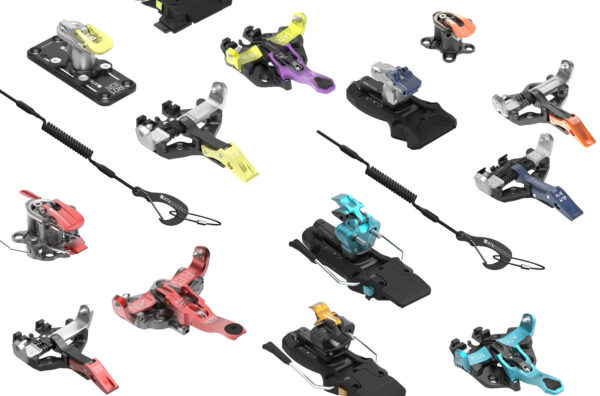 In part two of our conversation with ATK CEO, Davide Indulti, we discuss ATK’s current binding lineup; the design differences between their four collections: Race, Speed Touring, Touring, & Free Touring; how Davide thinks ATK bindings stack up against the competition; some new products that are in the works; and more. 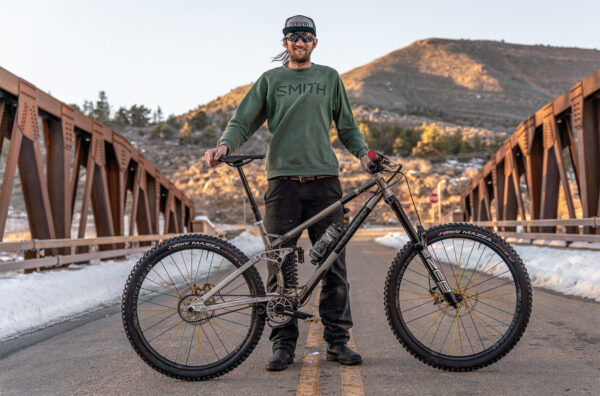 REEB Cycles do a lot of things differently, from their founding in a brewery, to how they think about bike design and manufacturing. So we spoke with REEB’s Jeff Lenosky and Adam Prosise about all of it, including how they both got involved with REEB, their current (and future) MTB lineup, making frames in Colorado, & a whole lot more. 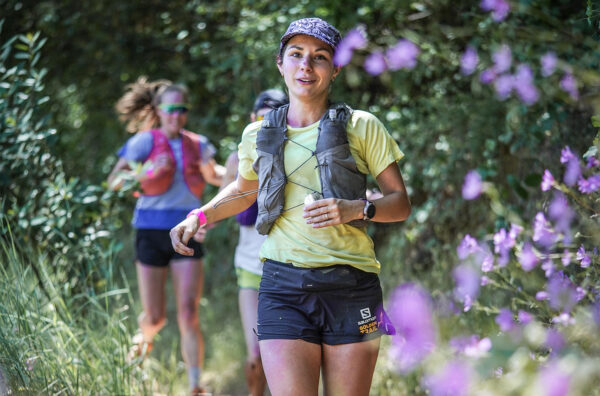 On this “Running Through the News” edition of Off The Couch, Salomon athlete Leah Yingling stops by to catch us up on current events in the running world, including a debate around Tom Cruise’s running form; what mountain runner Joe Gray is doing to make trails a more equitable space for people of color; Kilian Jornet’s new shoe brand, NNormal; course records at the Zegama-Aizkorri Marathon; and much more. 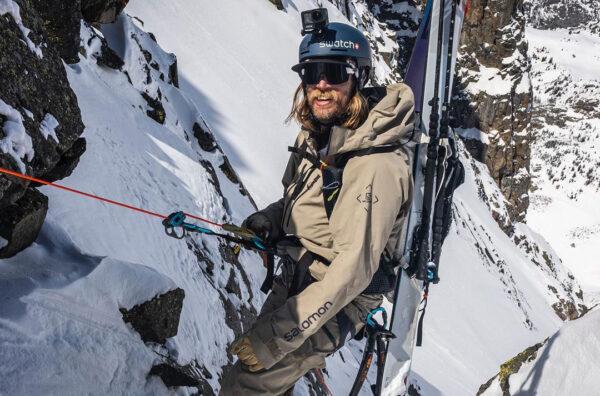 Cody and Jonathan discuss the ethics of trail magic; wildfire management; how Cody broke his toe; a new segment for Reviewing the News; and a whole lot more. 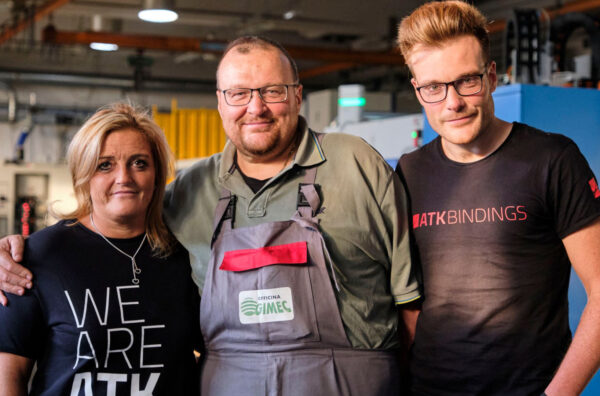 ATK Bindings has been taking the tech-binding world by storm. We talk with ATK's CEO, Davide Indulti, about the surprising origins of this family business; a pivotal moment in ATK’s history; where ATK saw the biggest opportunities to improve tech bindings; and more. 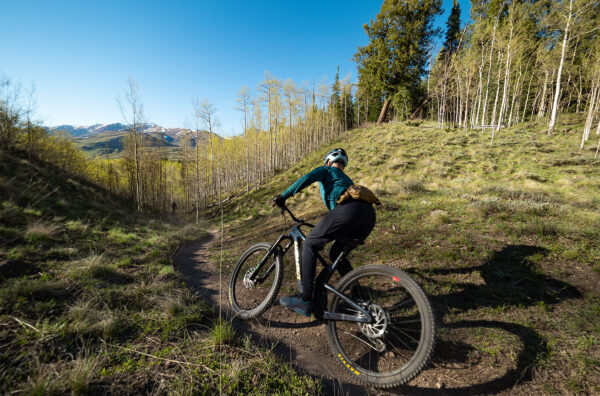 RockShox has released a wild amount of new suspension in the last few months, and we’ve been spending time on both their Flight Attendant electronically controlled setup and the new ZEB and SuperDeluxe. So on this week’s episode of Bikes & Big Ideas, we give the rundown on all of it, plus updates from our testing of bikes from Santa Cruz, Orbea, Rocky Mountain, YT, and Antidote. 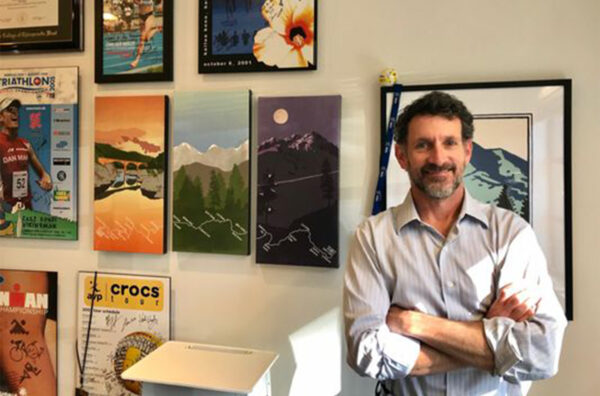 Over half of all runners will deal with an injury each year, but run enough miles and you’ll know that number is a lot closer to 100%. The irony is most running injuries are easily preventable, so as folks ramp up their summer training, we had Dr. Hal Rosenberg on Off The Couch to talk us through some simple tips for staying healthy out on the trails (and off the couch). 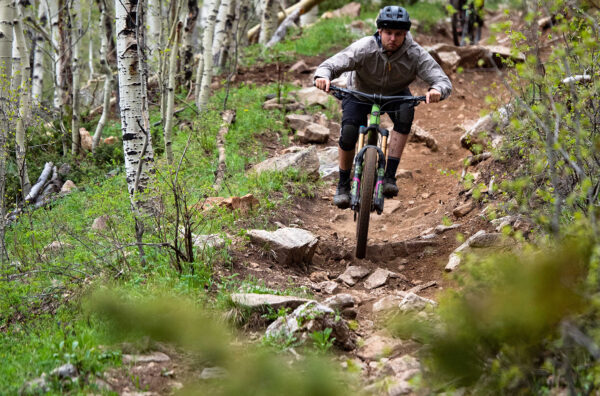 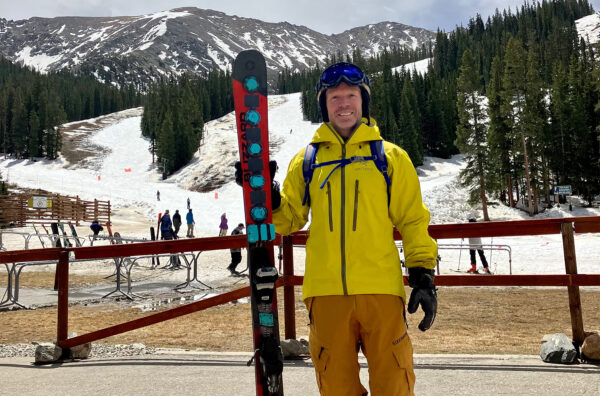 In this Blister Labs update, Sean Humbert joins us to talk about the movie Real Genius; flies; ski testing and dynamic modeling; math and slarving; and more. 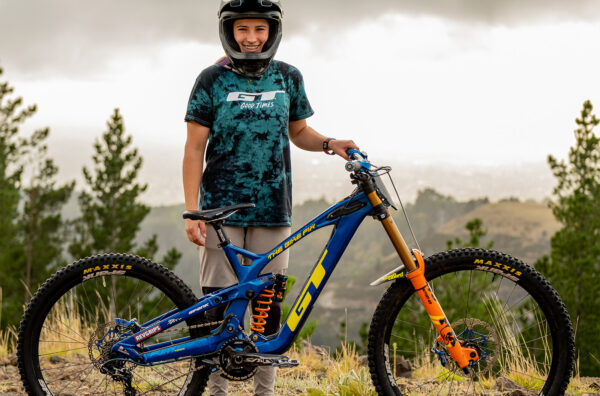 Multi-talented MTB phenom Jess Blewitt is on Bikes & Big Ideas this week to talk about her meteoric rise & her lofty goals for the future; her incredible 2021 season and the crash that ended it; and much more. 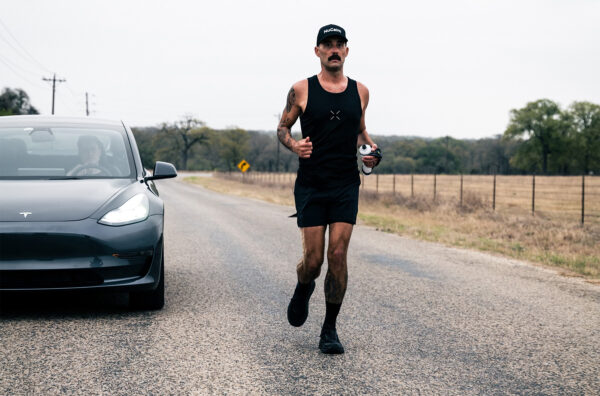 After discovering running in his 30’s, ultra-endurance athlete Robbie Balenger became obsessed with the power of human endurance and quickly found that he needed challenges far exceeding standard ultramarathons to test his limits. So, he started creating his own. Since then, Robbie has run across America, completed the “Colorado Crush,” and recently outran a Tesla. We had him on to unpack all of these efforts before asking him about the mental side of endurance, recovery techniques, his next challenge, and much more.
+ More